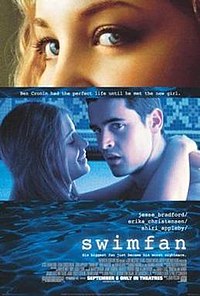 Ben Cronin is a star swimmer of his high school's swim team. His coach informs him that Stanford University scouts will appear at next week's swim meet. Ben and his girlfriend Amy discuss their future plans. Amy wants to attend school in Rhode Island but explains she will go to school in California to stay close to Ben. The next day, Ben nearly runs his car into Madison Bell and gives her a ride home as an apology. Later, he realizes that Madison left her notebook in his car. The notebook is filled with music notes, and Ben spots his initials written inside a staff. When he returns the notebook, he meets Madison's cousin, Christopher. Madison appears stressed and explains she has not eaten, so Ben offers to take her to dinner. At dinner, Ben tells Madison about his girlfriend, but Madison does not appear too bothered and explains that she has a boy waiting for her in New York City.