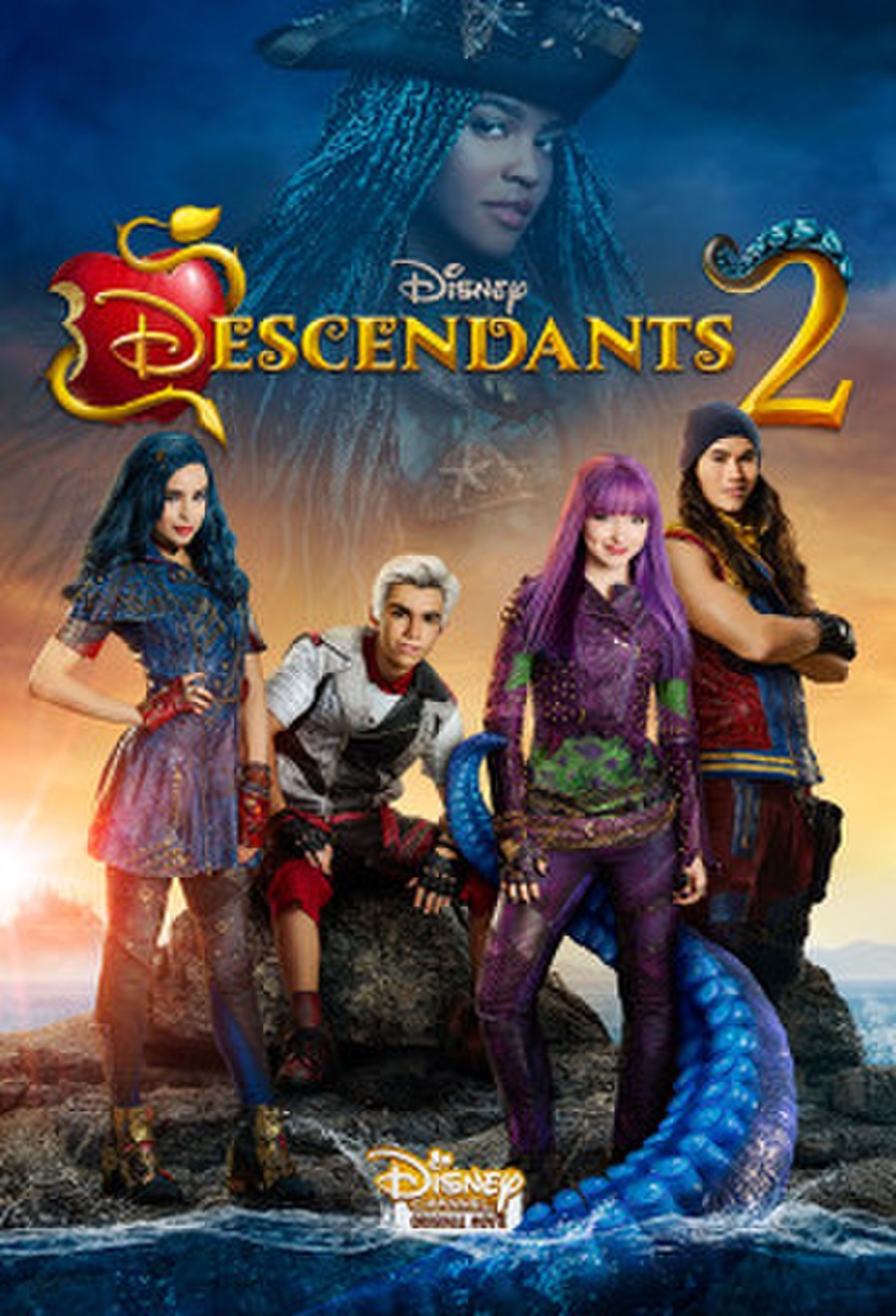 Descendants 2 is an American musical fantasy television film. It premiered as a Disney Channel Original Movie on July 21, 2017 on Disney Channel, and was simulcast on Disney-owned networks ABC, Disney XD, Freeform, Lifetime, and Lifetime Movies. It is the second installment in the Descendants franchise and the sequel to the 2015 film Descendants. The film stars Dove Cameron, Cameron Boyce, Sofia Carson, Booboo Stewart, Mitchell Hope, and China Anne McClain. A third film, Descendants 3, premiered on August 2, 2019.

Mal struggles with her new celebrity life as the girlfriend of King Ben, putting a spell on her hair making it blonde, and uncomfortably maintaining a princess-like personality. She confides her issues in her friends Evie, Carlos, and Jay, but they are content with their new lives in Auradon and do not wish to return to the Isle of the Lost. Evie scolds Mal for relying on her mother's spell book to solve her issues. Carlos, wishing to ask Jane to the upcoming Cotillion dance, turns to Mal for help with honesty. Mal gives him a sweet that will make him speak the truth, but his dog, Dude, eats it, magically speaking the blunt truth in English.