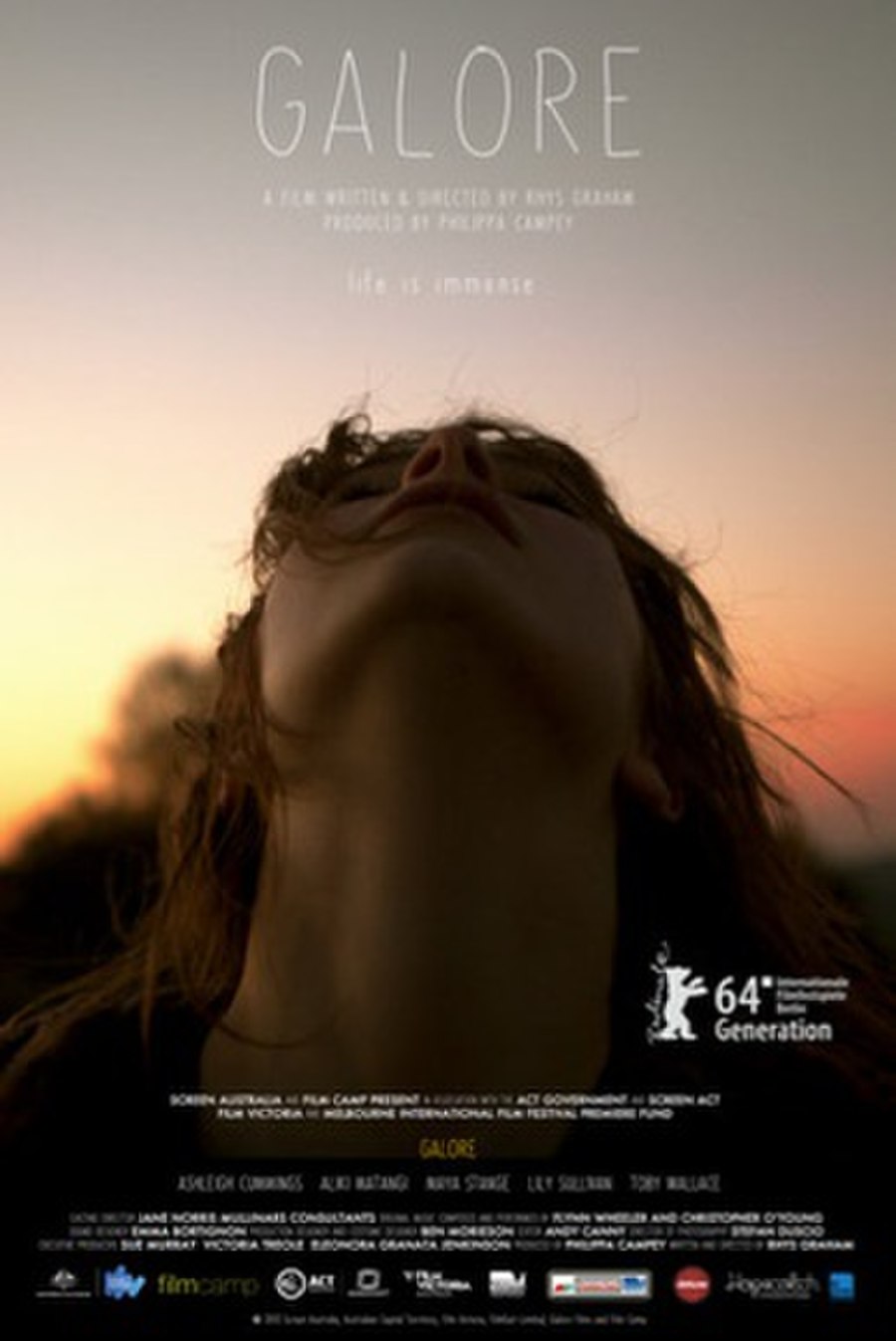 Galore is a 2013 Australian drama film directed by Rhys Graham and starring Ashleigh Cummings, Toby Wallace and Lily Sullivan. The film is a coming of age story set during one particularly hot summer in suburban Canberra. The 2003 Canberra bushfires inspired part of the film.

Billie and Laura are best friends living on the outskirts of Canberra. During one scorching summer, the girl's enter a love triangle with Laura's boyfriend Danny, who Billie is secretly sleeping with. Billie's mother has taken in an orphan Islander teen, Isaac, with a criminal record. Laura has aspirations to be a writer and keeps a journal. One evening, Billie, Laura, Danny and Isaac attended a house party where they consume alcohol and get drunk. Billie steals the keys to somebody's car and the four teens go for a joy ride. Billie almost hits two small children crossing the road, swerves, and flips the car. The four of them escape seemingly unharmed, though Laura complains of a headache. Over the next few days, Laura reveals to Billie that she knows about her betrayal with Danny. After this, Laura experiences a fainting spell but refuses medical attention. She sleeps with Isaac and that afternoon collapses after getting off the bus. She is rushed to hospital, but dies after an emergency operation. Billie is overcome with guilt. The heat of the summer intensifies and bushfires threaten to engulf the outer suburbs of the city as Billie, her mother and Danny find themselves escaping the region.