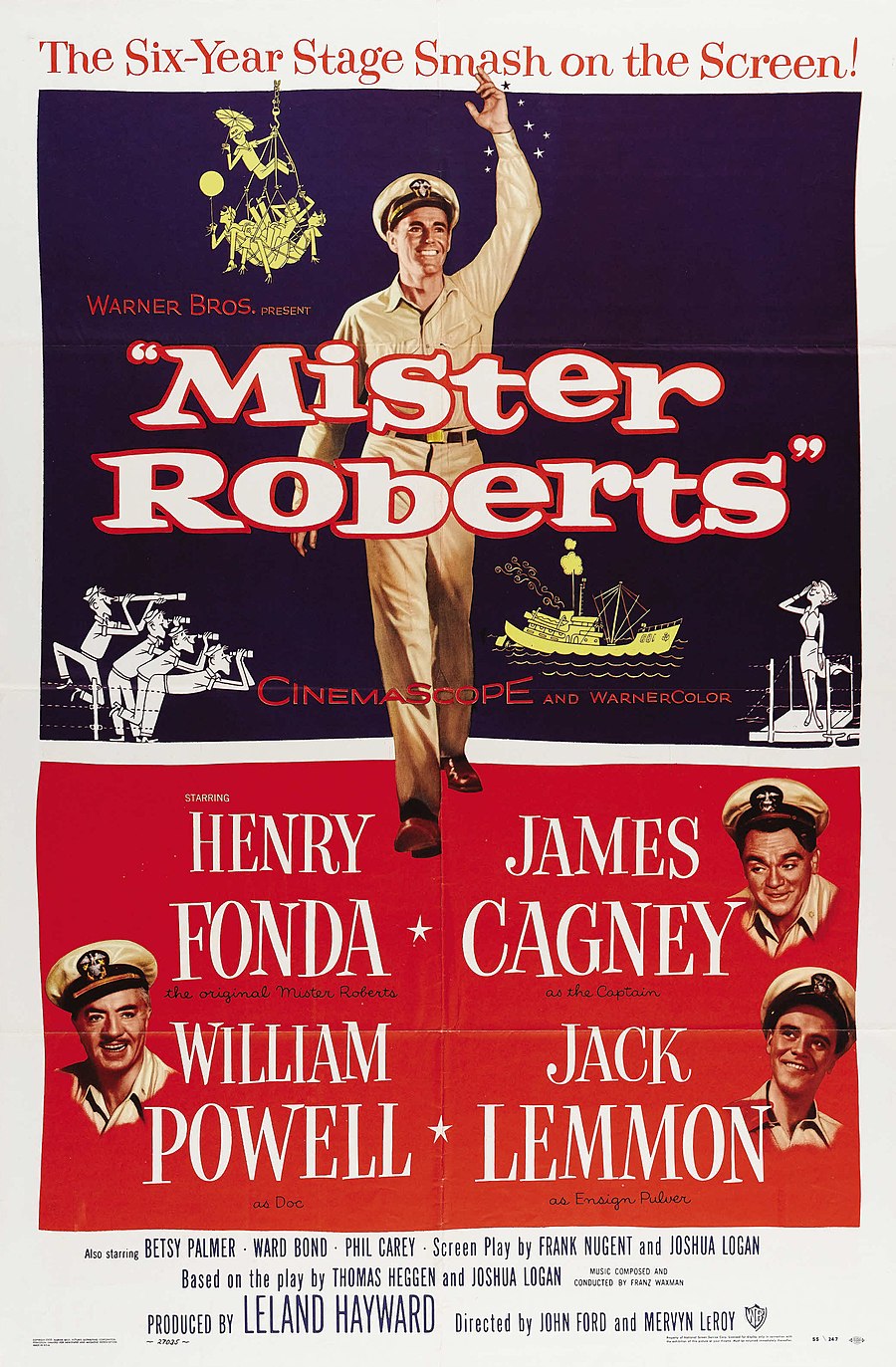 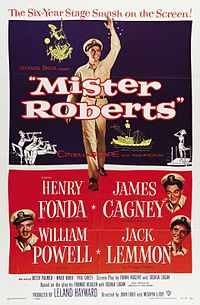 Mister Roberts is a 1955 American Warnercolor in CinemaScope comedy-drama film directed by John Ford and Mervyn LeRoy, and featuring an all-star cast including Henry Fonda as Mister Roberts, James Cagney as Captain Morton, William Powell (in his final film appearance) as Doc, and Jack Lemmon as Ensign Pulver. Based on the 1946 novel and 1948 Broadway play, the film was nominated for the three Academy Awards, including Best Picture and Best Sound, Recording (William A. Mueller), with Jack Lemmon winning the award for Best Supporting Actor.

In the waning days of World War II, the United States Navy cargo ship Reluctant (also called “The Bucket”) and her crew are stationed in the "backwater" areas of the Pacific Ocean. The executive officer/cargo chief, Lieutenant (junior grade) Douglas A. "Doug" Roberts (Henry Fonda), tries to shield the dispirited crew from the harsh and unpopular captain, Lieutenant Commander Morton (James Cagney). Eager to join the fighting, Roberts repeatedly requests a transfer. Morton is forced by regulation to forward his requests, but refuses to endorse them, which means that they are always rejected. Roberts shares quarters with Ensign Frank Thurlowe Pulver (Jack Lemmon). Pulver spends most of his time idling in his bunk and avoids the captain at all costs, so much so, that Morton is initially unaware that Pulver is part of the crew. Once discovered, Pulver cowers before Morton despite bold ideas for revenge expressed to the crew.