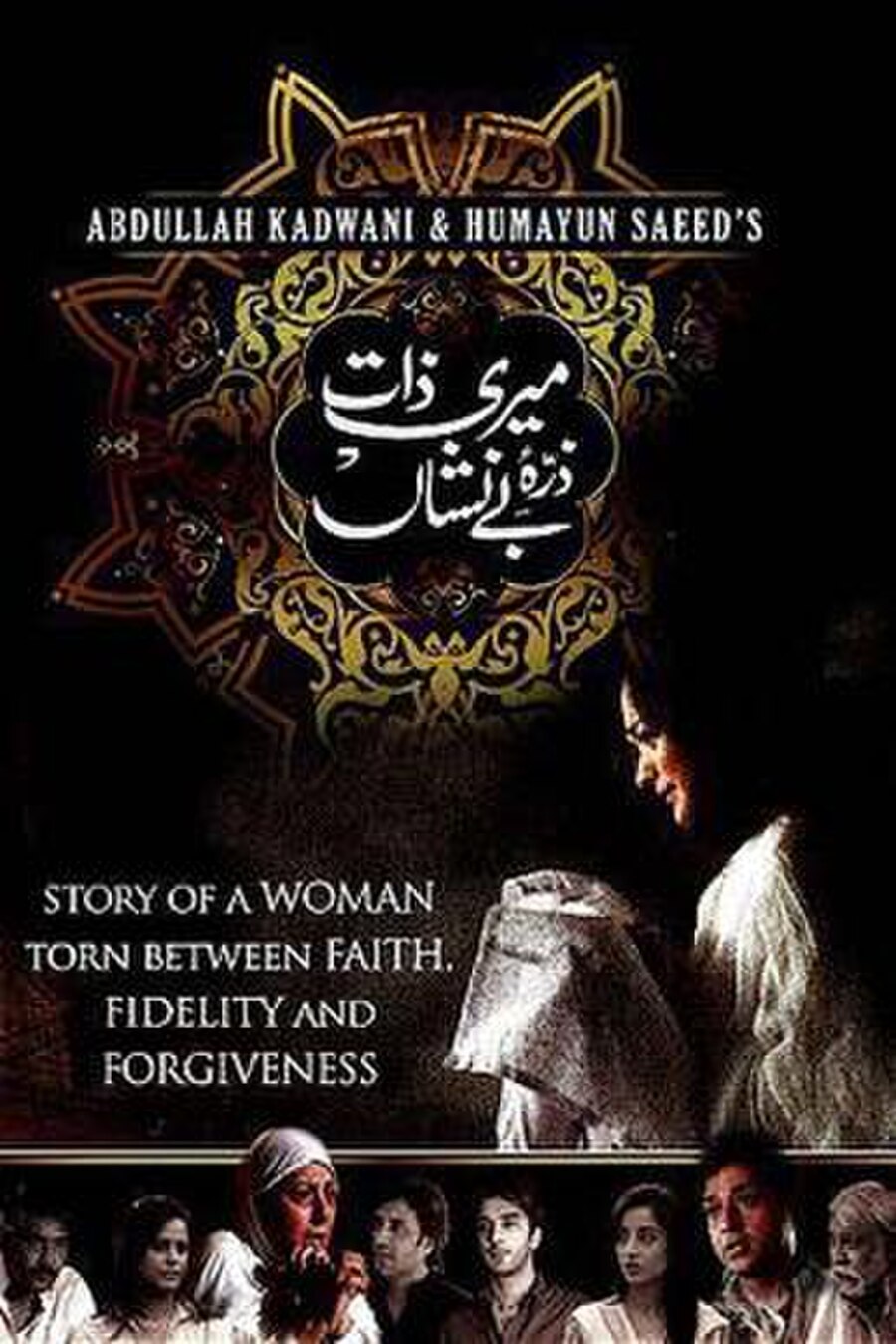 Meri Zaat Zarra-e-Benishan is a Pakistani television drama series, directed by Babar Javed and produced by Abdullah Kadwani and Humayun Saeed, based on Umera Ahmad's novel of the same name. The series is about Saba and her daughter, Sara. It has an ensemble cast consisting of Samiya Mumtaz, Samina Peerzada, Sarwat Gillani, Mehreen Raheel, Faisal Qureshi, Adnan Siddiqui, Imran Abbas, Ismat Zaidi, and Humayun Saeed. Meri Zaat Zarra-e-Benishan was also broadcast in India on Zindagi as Kaisi Ye Qayamat from 15 December 2014 to 6 January 2015.

Sara (Sarwat Gillani) arrives at the home of Arfeen Abbas (Faisal Qureshi). She gives him a letter, which upsets him when he reads it. Arfeen asks Sara where "Saba" is, and she replies that she died four days earlier. He collapses, regains his composure and asks Sara for her address so they can collect her belongings. When they arrive at Sara's modest home, they go to Saba's bedroom to gather her things. Arfeen finds a pair of Saba's old sandals, and begins to cry; Sara wonders why he is so grief-stricken. They return to Arfeen's estate and he introduces Sara to his son, Haider (Imran Abbas).