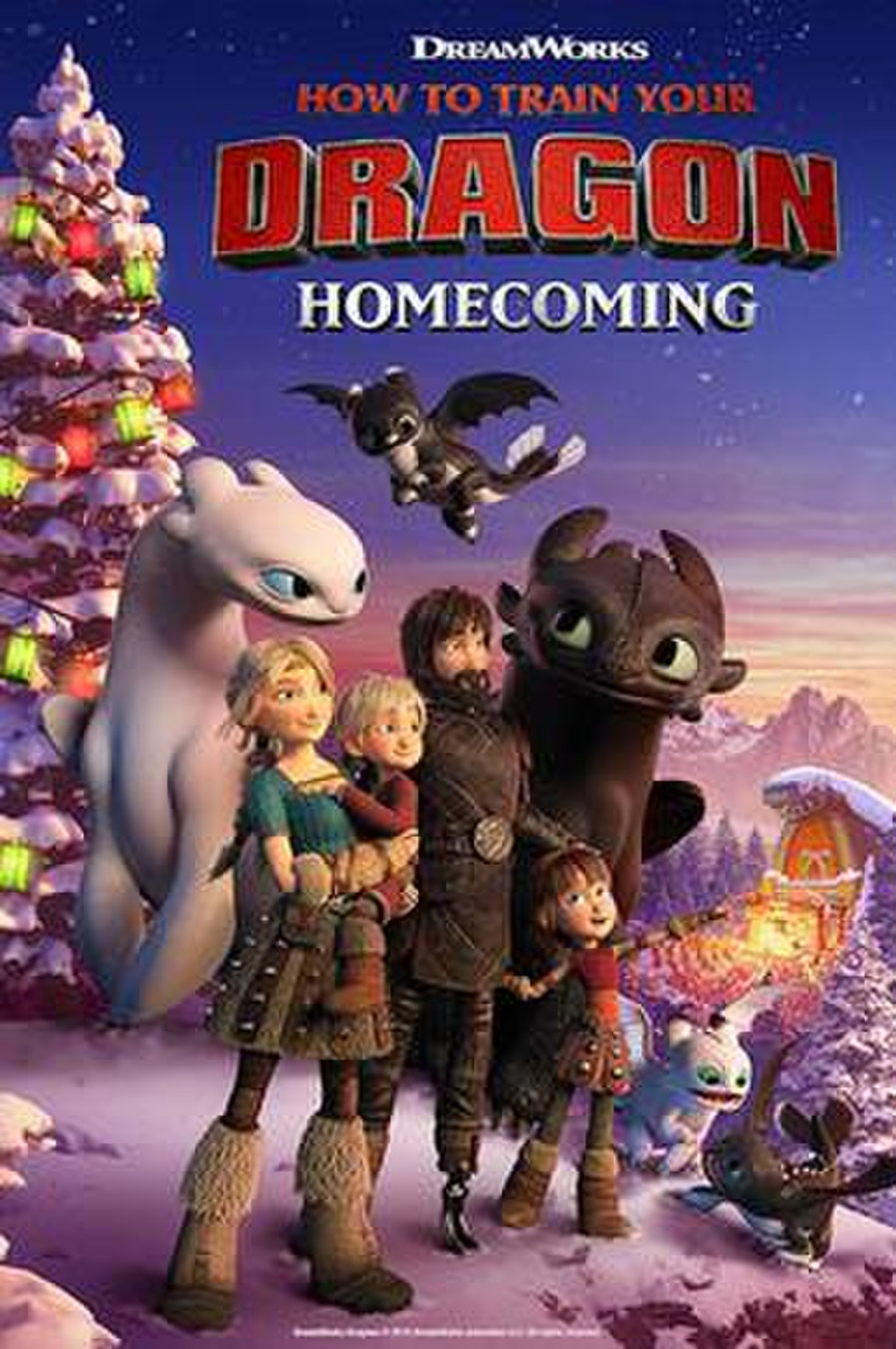 How to Train Your Dragon: Homecoming 2019

As New Berk prepares for Snoggletog, Hiccup and Astrid find out that their children, Zephyr and Nuffink have developed a fear of dragons after finding some of Stoick's old books. To avoid their children bearing the same hatred towards dragons as their ancestors, Astrid suggests bringing back the Snoggletog Pageant that tells the story of how Vikings and dragons made peace. Gobber agrees to help them with the pageant as he sees it as a chance to remind the children of New Berk how much of an impact Stoick had on their village. He casts himself as Stoick and Tuffnut as Hiccup while the real Hiccup creates a mechanical costume that resembles Toothless.