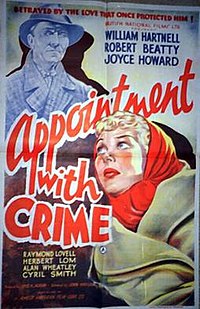 Leo Martin (Hartnell) works for a criminal gang run by Gus Loman (Lovell) that primarily uses a smash and grab tactic. During one particular risky robbery heist, Leo breaks the window at a jewellery store only to have his wrists broken by a security shutter falling on them. He is soon caught and brought to prison to serve his term. Throughout his stay, Leo does not reveal who he is working for to the authorities but instead serves his time, angered by Gus for running out on him during the robbery.