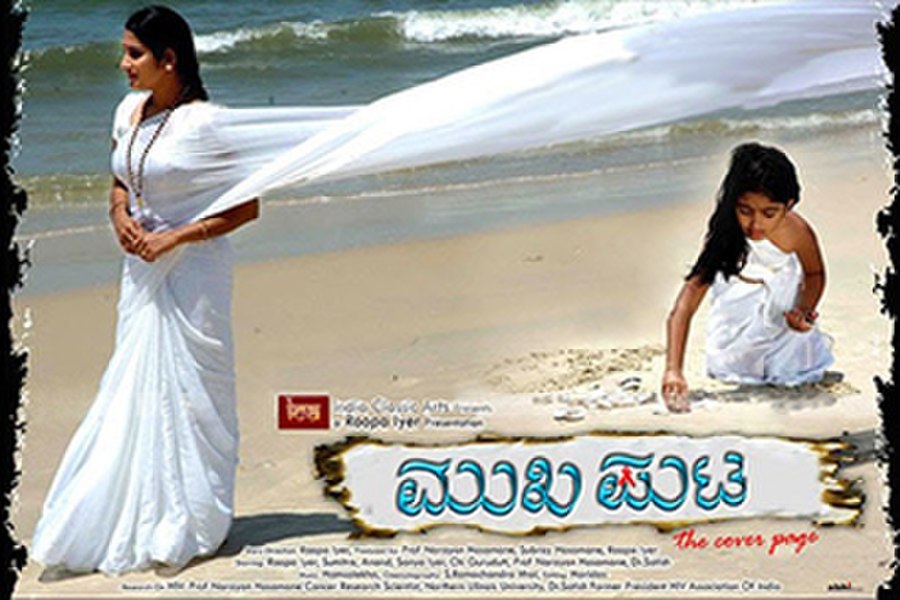 Mukhaputa (, The Cover Page) is a 2009 Indian Kannada film written, directed by and starring Roopa Iyer. The film has international HIV/AIDS researchers and academicians as advisors: Dr. Satish, President of HIV Research Association of India, and Prof. Narayan Hosmane, two times Humboldt Award winner of Northern Illinois University, to help authenticate the symptoms, diagnosis, and treatment and to dispel the misconceived notions of the terminal disease. The movie, which is produced by Narayan Hosmane, a cancer specialist in the US, his brother, Subraya Hosmane, an industrialist in Mumbai, and Roopa, also stars Sanya Iyer, Ananda Theertha, Sumithra, Chi. Gurudutt, and Badri Prasad in leading roles. Composer Hamsalekha, who has scored music for the film, too makes a special appearance in the film. An award-winning cinematographer, S. Ramachandra, is the director behind camera, and Haridas is the film editor of the movie,

The film is about the children suffering from HIV/AIDS.