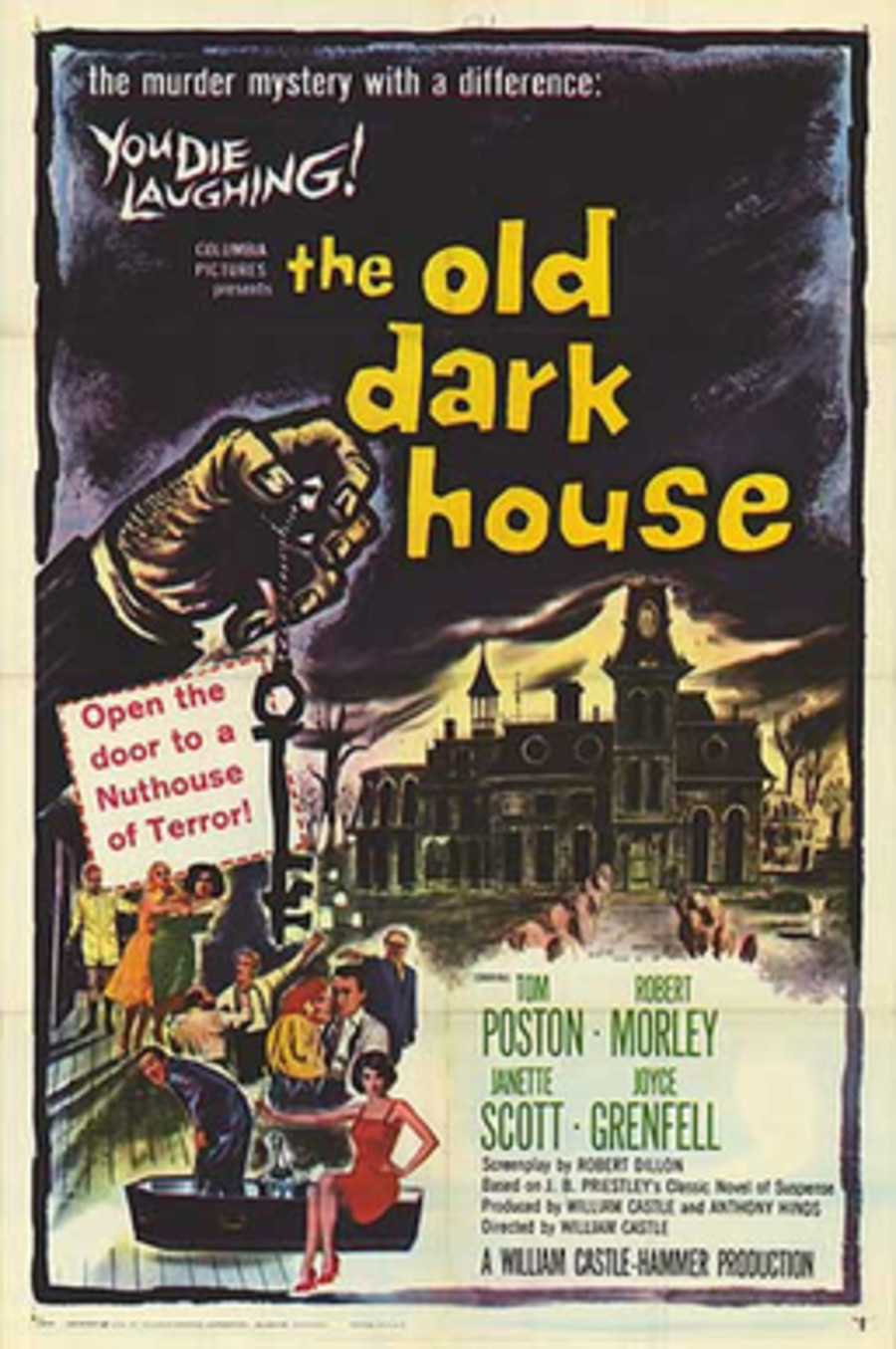 The Old Dark House is a 1963 British-American comedy horror film directed by William Castle. It is a remake of Universal's 1932 film of the same name directed by James Whale. The film was based on the 1927 novel by J. B. Priestley originally published under the name Benighted, and the new screenplay was written by Robert Dillon.

Tom Penderel, an American car salesman in London, delivers a car to an old mansion on Dartmoor and discovers that his eccentric former roommate, Casper Femm, is dead. The car is damaged by a falling statue in a raging storm, and Tom is invited to stay at the house by members of Casper's family, including his twin brother Jasper, his cousins, the demure young Cecily and the seductive Morgana, and his Uncle Potiphar, who has been building an ark in anticipation of another great flood.