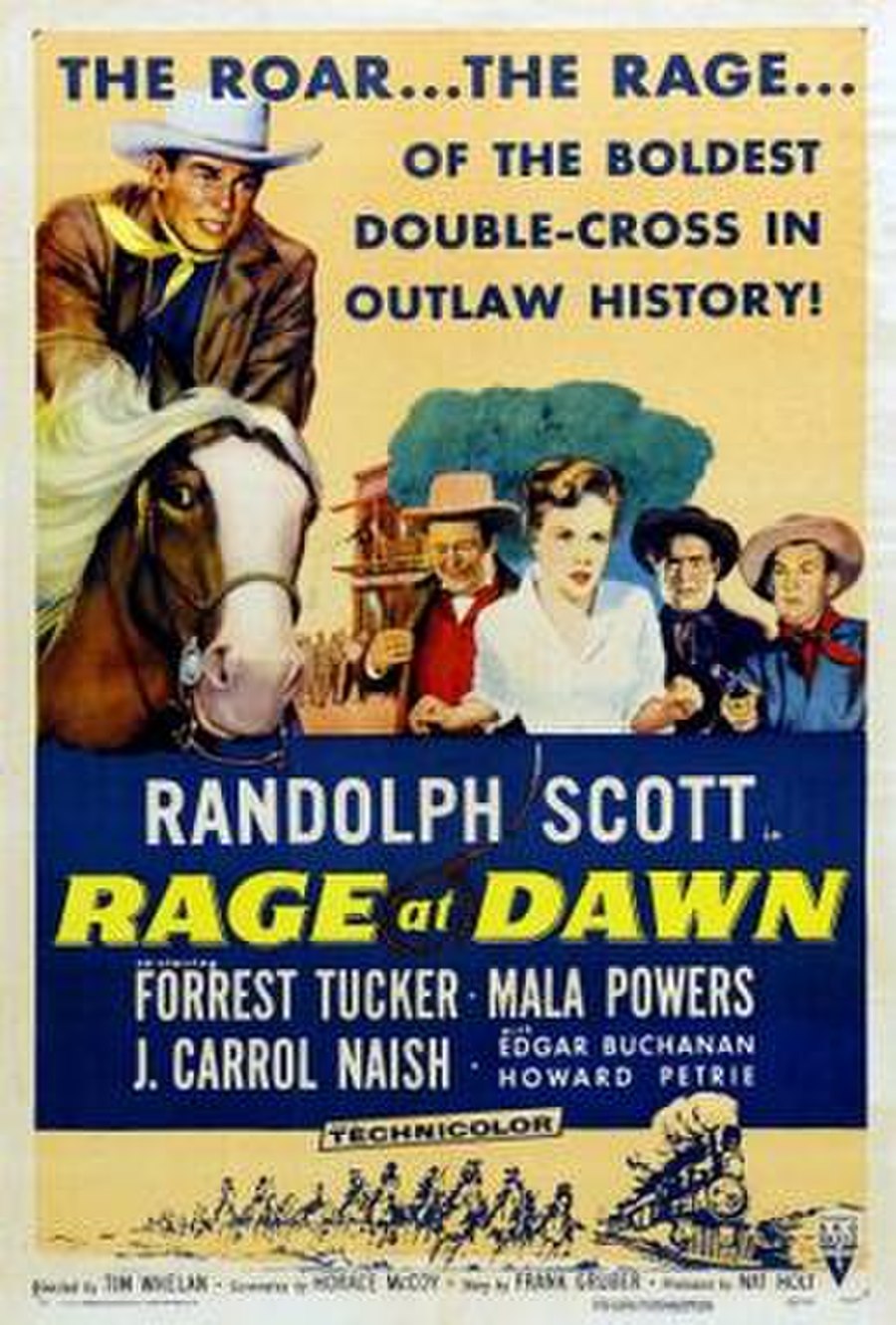 Rage at Dawn is a 1955 American Technicolor Western film directed by Tim Whelan, and starring Randolph Scott, Forrest Tucker, Mala Powers, and J. Carrol Naish. It purports to tell the true story of the Reno Brothers, an outlaw gang which terrorized the American Midwest, particularly Southern Indiana, in the period immediately following the American Civil War.

In this film's version of the story, four of the Reno Brothers are corrupt robbers and killers while a fifth, Clint (Denver Pyle) is a respected Indiana farmer. A sister, Laura (Mala Powers), who has inherited the family home, serves as a housekeeper and cook to the brothers. Some of them served in the Civil War, which has given them a hardened attitude toward violence. One brother is killed when they go after a bank in a nearby town, leading them to draw the conclusion that someone that they know is an informant, as the men of the town appeared to have been waiting for them. They soon learn that it was Murphy, a local bartender, whom they then murder by knocking him out, and tying him up in his barn, which they then set ablaze. The bartender was in fact an agent employed by the Peterson (in real life, Pinkerton) Detective Agency sent to investigate and provide information about the Reno Brothers' crimes.