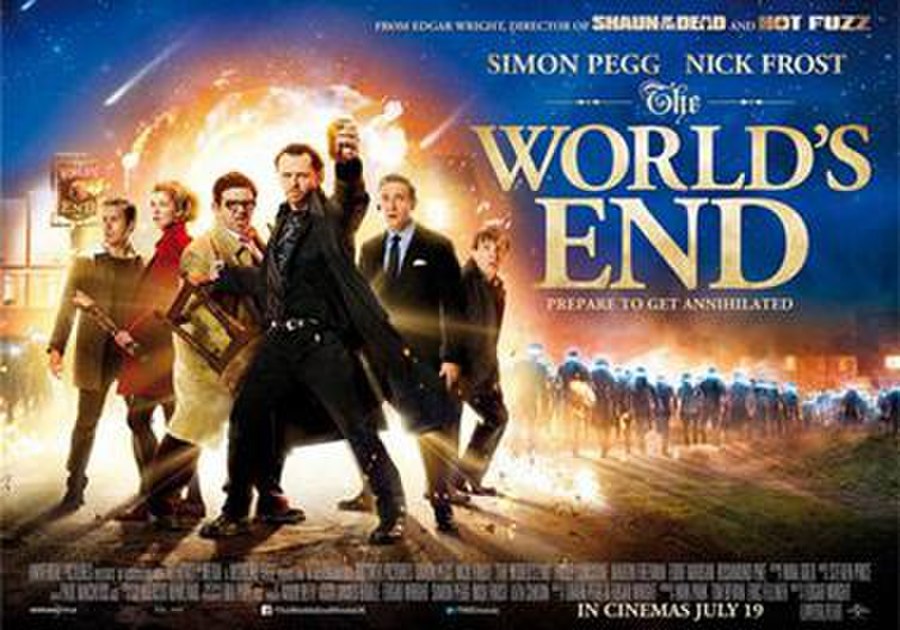 The World's End is a 2013 science fiction comedy film directed by Edgar Wright, written by Wright and Simon Pegg, and starring Pegg, Nick Frost, Paddy Considine, Martin Freeman, Eddie Marsan and Rosamund Pike. The film follows five friends who discover that there is an alien invasion in their old home town during an epic pub crawl.

Gary King is a forty year old alcoholic, who still retains the mindset and immaturity of his teenage years, whereas his four childhood friends, Peter, Oliver, Steven, and Andy, have all matured and each of their relationships toward Gary are presently estranged. One day, Gary, in an attempt to recapture the days of his youth, tracks down his friends to complete the "Golden Mile", a pub crawl encompassing the 12 pubs of their hometown of Newton Haven, the last of them being the World's End. The group attempted the crawl as teenagers, but failed to reach the final three pubs. Andy, now a teetotaler due to a drunk driving accident in which he and Gary were involved years ago, agrees to join them despite being uncomfortable with the idea.