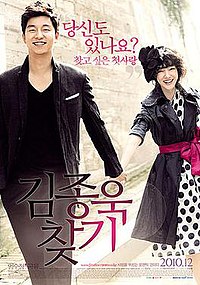 Ji-woo (Im Soo-jung), unable to forget a youthful affair in India that has tattooed itself onto her heart, rejects an eligible suitor and is forced by her father, who fears she will end up an old maid, to seek the help of an agency that specializes in tracking down first loves. She only knows his name: Kim Jong-wook.