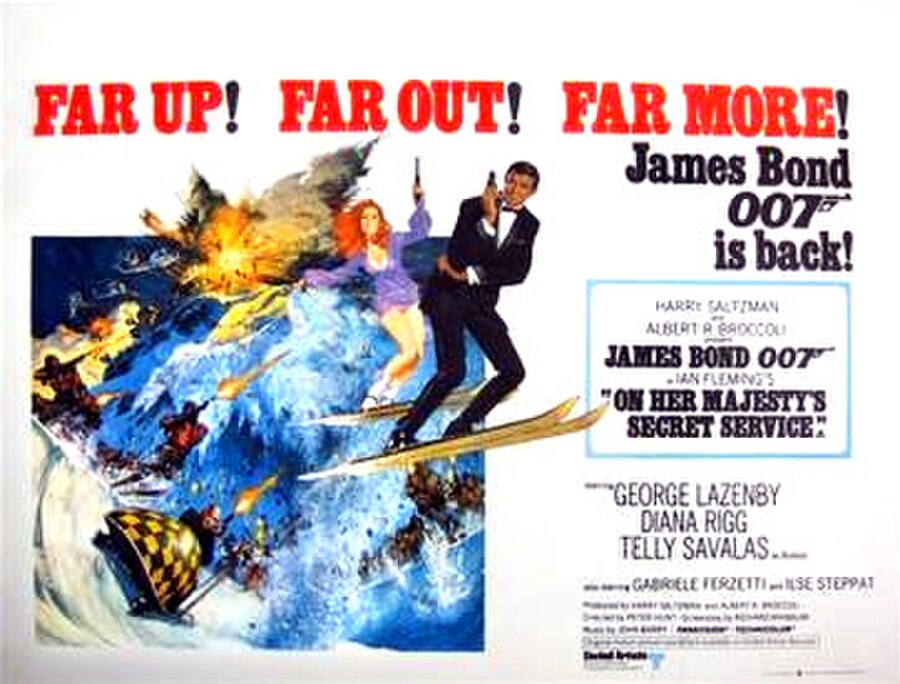 On Her Majesty's Secret Service 1969

On Her Majesty's Secret Service is a 1969 spy film and the sixth in the James Bond series produced by Eon Productions. It is based on the 1963 novel by Ian Fleming. Following Sean Connery's decision to retire from the role after You Only Live Twice, Eon Productions selected an unknown actor and model, George Lazenby, to play the part of James Bond. During the making of the film, Lazenby announced that he would play the role of Bond only once.

James Bond—agent 007—saves a woman on the beach from committing suicide by drowning, and later meets her again in a casino. The woman, Contessa Teresa "Tracy" di Vicenzo, invites Bond to her hotel room to thank him, but when Bond arrives he is attacked by an unidentified man. After subduing the man, Bond returns to his own room and finds Tracy there, who claims she did not know the attacker was there. The next morning, Bond is kidnapped by several men, including the one he fought, who take him to meet Marc-Ange Draco, the head of the European crime syndicate Unione Corse. Draco reveals that Tracy is his only daughter and tells Bond of her troubled past, offering Bond one million pounds if he will marry her. Bond refuses, but agrees to continue romancing Tracy if Draco reveals the whereabouts of Ernst Stavro Blofeld, the head of SPECTRE.