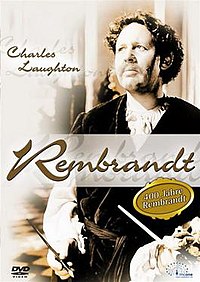 Rembrandt is a 1936 British biographical film made by London Film Productions of the life of 17th-century Dutch painter Rembrandt van Rijn. The film was produced and directed by Alexander Korda from a screenplay by June Head and Lajos Bíró based on a story by Carl Zuckmayer. The music score was by Geoffrey Toye and the cinematography by Georges Périnal.