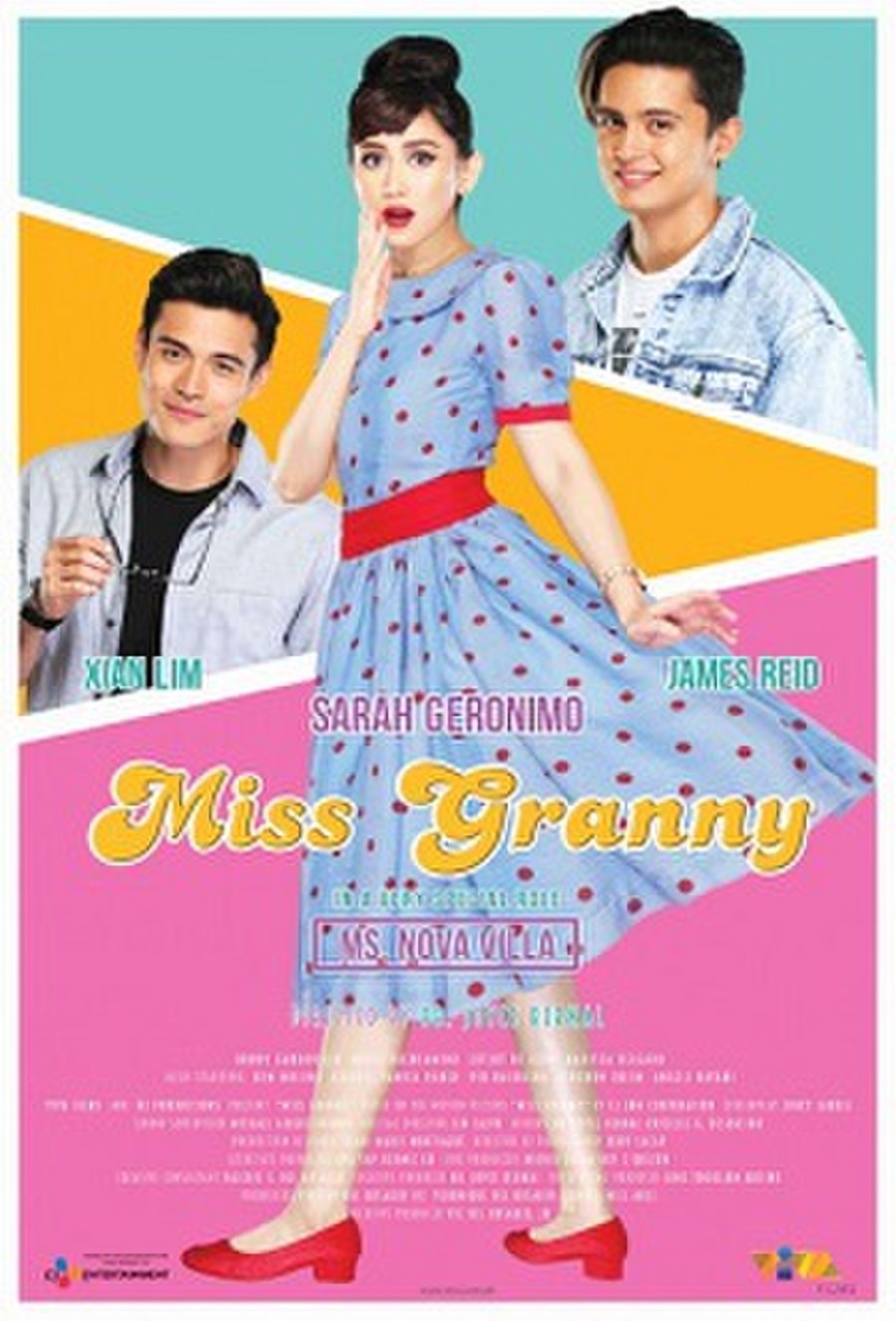 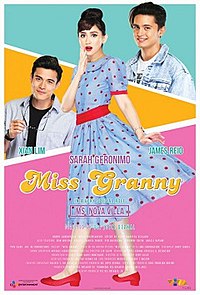 Miss Granny is a 2018 Filipino comedy-drama film based on the South Korean film of the same name. Directed by Joyce E. Bernal, it stars Sarah Geronimo, James Reid, Xian Lim, and Nova Villa. It was released by Viva Films on August 22, 2018, and was nominated for three FAMAS Awards including "Best Actress" for Sarah Geronimo and "Best Original Song" for Isa Pang Araw. It was the second most talked about Filipino film of 2018 on Twitter, The Hows of Us. Geronimo received "Best Actress" trophy at the 35th PMPC Star Awards for Movies, whilst Villa received the "Movie Supporting Actress of the Year" award at the 50th GMMSF Entertainment Box Office Awards. The film is currently available for streaming on Netflix in the Philippines.

The story revolves around Feliza "Fely" Malabaño (Nova Villa), a widow who works in a carinderia along with her close friend Bert (Boboy Garovillo), who grew up working for Fely since he was a young boy. Fely is constantly teased by Lulu (Marissa Delgado) for her closeness to Bert. Fely tends to berate her daughter-in-law Angie (Lotlot De Leon) for many things, including Angie's sinigang. Despite her treatment of Angie, she cares deeply for her son Ramoncito (Nonie Buencamino) and for her grandchildren, Jeboy (James Reid) and Hana (Ataska Mercado).