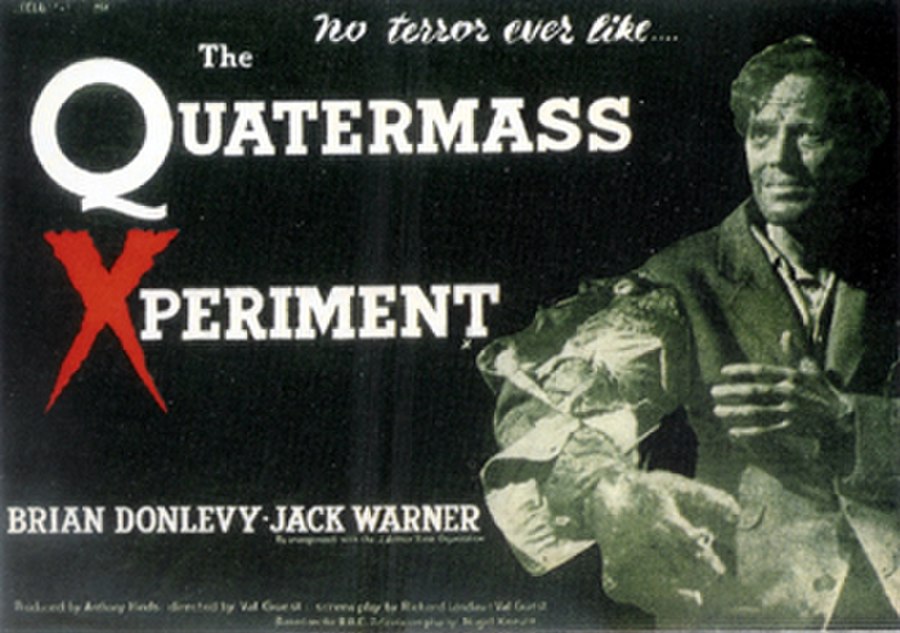 The Quatermass Xperiment (a.k.a. The Creeping Unknown in the United States) is a 1955 British science fiction horror film drama from Hammer Film Productions, based on the 1953 BBC Television serial The Quatermass Experiment written by Nigel Kneale. The film was produced by Anthony Hinds, directed by Val Guest, and stars Brian Donlevy as the eponymous Professor Bernard Quatermass and Richard Wordsworth as the tormented Carroon. Jack Warner, David King-Wood, and Margia Dean appear in co-starring roles.

The British-American Rocket Group, headed by the taciturn Professor Bernard Quatermass, launches its first manned rocket into outer space. Shortly thereafter, all contact is lost with the rocket and its three-man crew: Carroon, Reichenheim and Green. The large rocket later returns to Earth, crashing into an English country field. Quatermass and his assistant Marsh arrive at the scene. With them are the local emergency services, Carroon's wife Judith, Rocket Group physician Dr. Briscoe and Blake, a Ministry official who chides Quatermass repeatedly for launching the rocket without official permission. The rocket's hatch is finally opened, and the space-suited Carroon stumbles out. There is no sign of the other two crew. Carroon is in shock, only able to say the words, "Help me". Inside the rocket, Quatermass and Marsh find only the fastened but completely empty spacesuits of the two missing men.