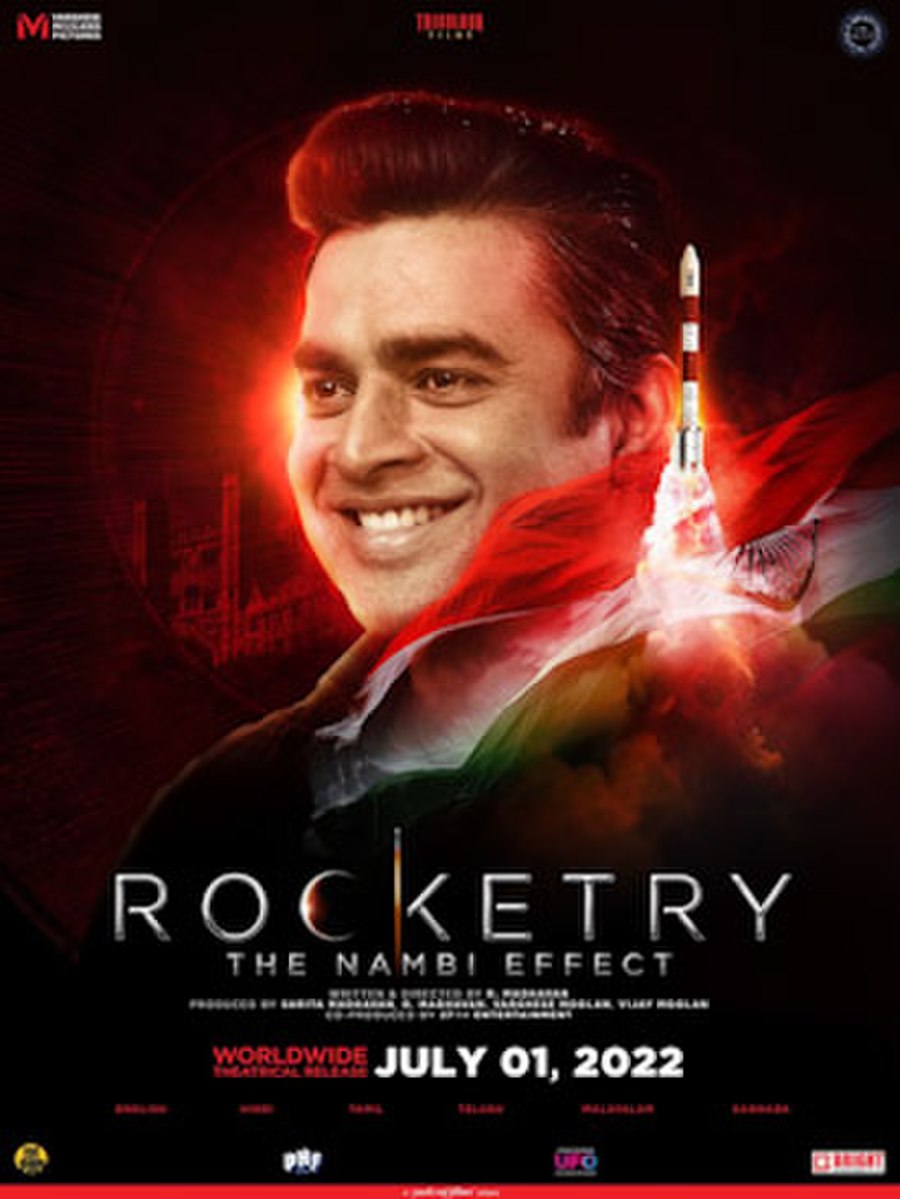 Rocketry: The Nambi Effect is an upcoming Indian biographical drama film based on the life of Nambi Narayanan, a former scientist and aerospace engineer of the Indian Space Research Organisation who was accused of espionage. The film is written, produced and directed by Madhavan in his directorial debut, who also stars in the lead along with Simran. The film is co-produced by Varghese Moolan Pictures. The film was shot simultaneously in English, Hindi, and Tamil with the latter version titled as Rocketry: Nambi Vilaivu. It features musical score and soundtrack composed by Sam C. S. with Sirisha Ray and Bijith Bala, handling the cinematography and editing respectively. The story spans across Narayanan's days as a graduate student at Princeton University, before exploring his work as a scientist and the false espionage charges placed upon him. Having begun pre-production works in early 2017, the teaser of the film was launched in October 2018, and principal photography being commenced on January 2019. The film is scheduled to release in 2020.