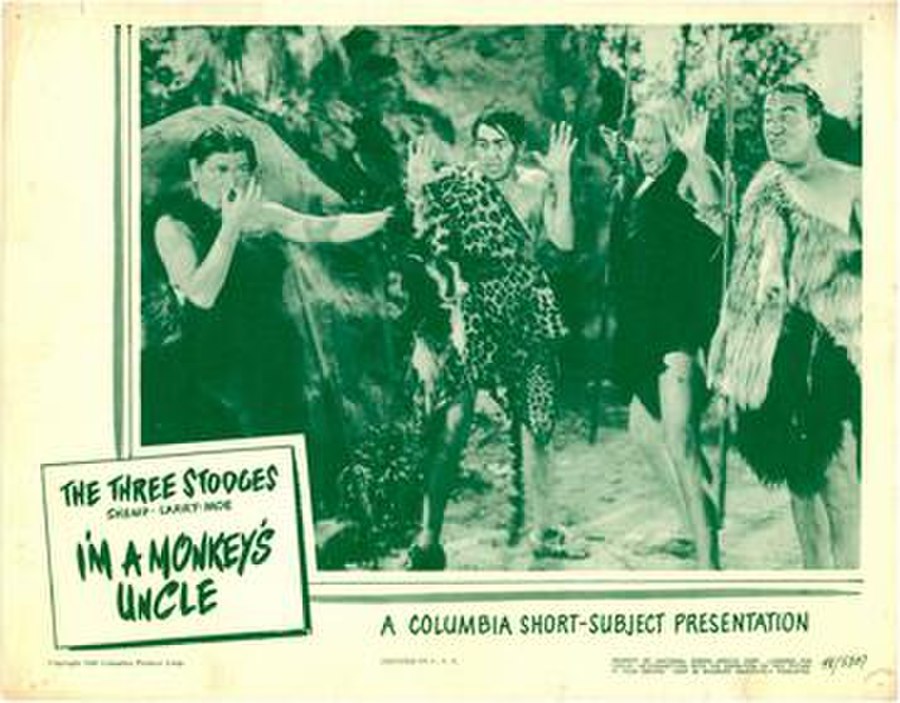 I'm a Monkey's Uncle is a 1948 short subject directed by Jules White starring American slapstick comedy team The Three Stooges (Moe Howard, Larry Fine and Shemp Howard). It is the 110th entry in the series released by Columbia Pictures starring the comedians, who released 190 shorts for the studio between 1934 and 1959.

The Stooges are cavemen living in the stone age. They must tend to their daily chores, consisting of mixing milk, hunting fish, and gathering eggs. Such is life in the prehistoric times. That afternoon, Moe has a date with his girlfriend, Aggie (Virginia Hunter). Shemp and Larry want to join, as Aggie has two sisters for the boys, Maggie (Nancy Saunders) and Baggie (Dee Green). When rival cavemen allege that the Stooges stole their women, a fight breaks out, with the trio catapulting rocks, mud and eggs at the cavemen. After fending them off, the victorious Stooges are free to woo their sweethearts.