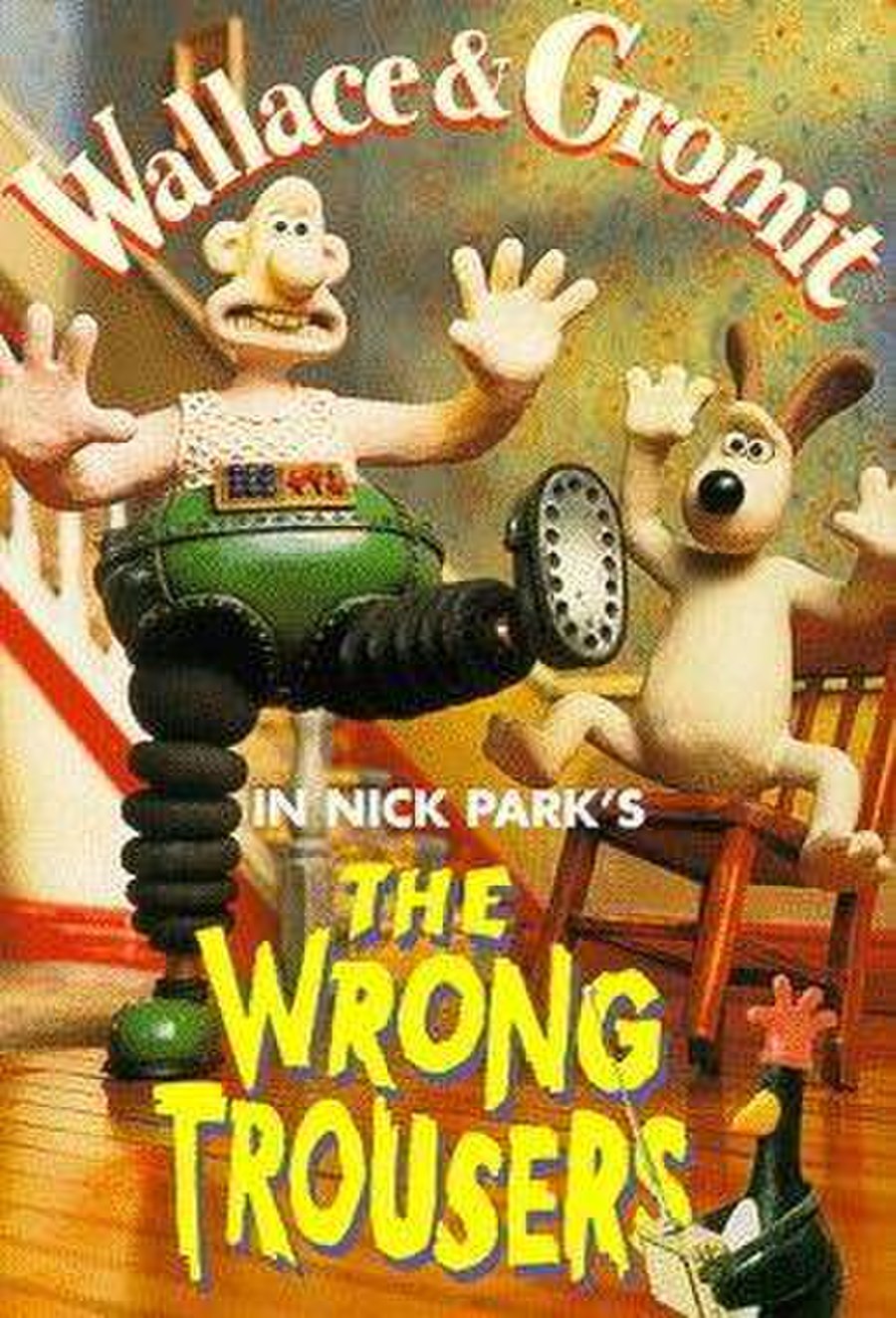 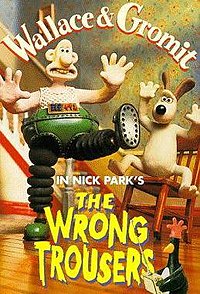 Wallace and Gromit in The Wrong Trousers 1993

The Wrong Trousers is a 1993 British stop-motion animated short film directed by Nick Park at Aardman Animations, featuring his characters Wallace and Gromit. It is the second film featuring the eccentric inventor Wallace (voiced by Peter Sallis) and his dog Gromit, following A Grand Day Out (1989). In the film, a sinister penguin named Feathers McGraw uses Wallace and Gromit's robotic "Techno Trousers" to steal a diamond.

To pay off debts, Wallace lets the spare bedroom to a penguin, who befriends Wallace and drives Gromit from the house. The penguin takes an interest in Wallace's new "techno trousers", which can walk on walls and ceilings, and secretly rewires them for radio control. Gromit realises that the penguin is a wanted criminal, who disguises himself as a chicken, Feathers McGraw.