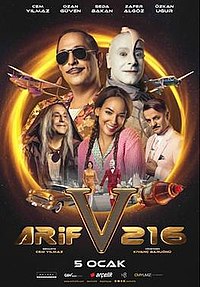 Arif, who has returned from Gora to the Earth, is leading a quiet life. Robot 216 suddenly comes to the Earth and tells Arif that he wants to live as a human. Arif and 216 time travel to 1969 with a time machine because the residents do not want an alien in their neighborhood.