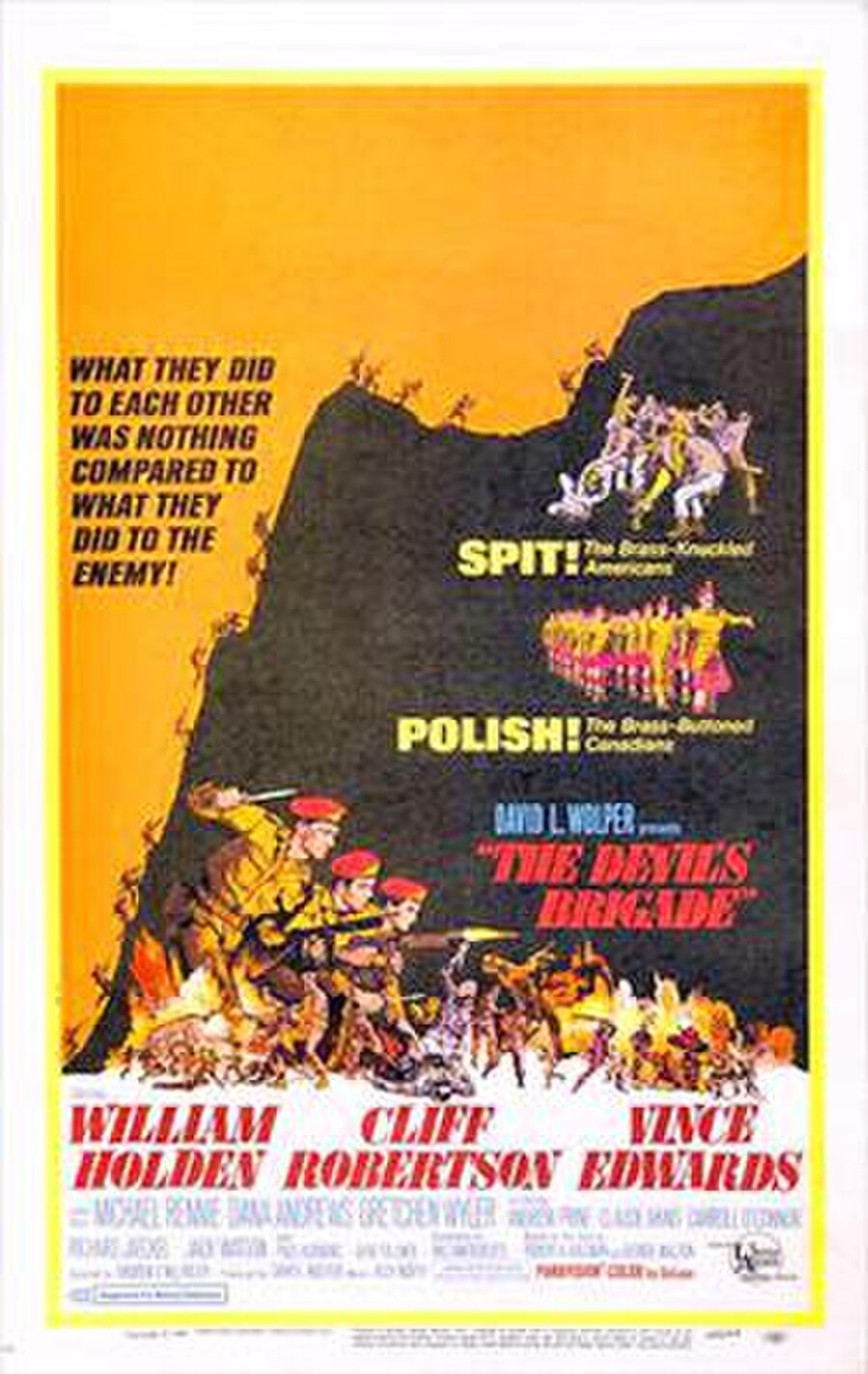 The Devil's Brigade is a 1968 American DeLuxe Color war film filmed in Panavision, based on the 1966 book of the same name co-written by American novelist and historian Robert H. Adleman and Col. George Walton, a member of the brigade.

In the summer of 1942, American Lieutenant Colonel Robert T. Frederick, a War Department staff officer with no prior combat or command experience, is summoned to Britain where he is selected by Admiral Lord Louis Mountbatten to raise a commando force composed of both American and Canadian personnel for operations in German-occupied Norway.