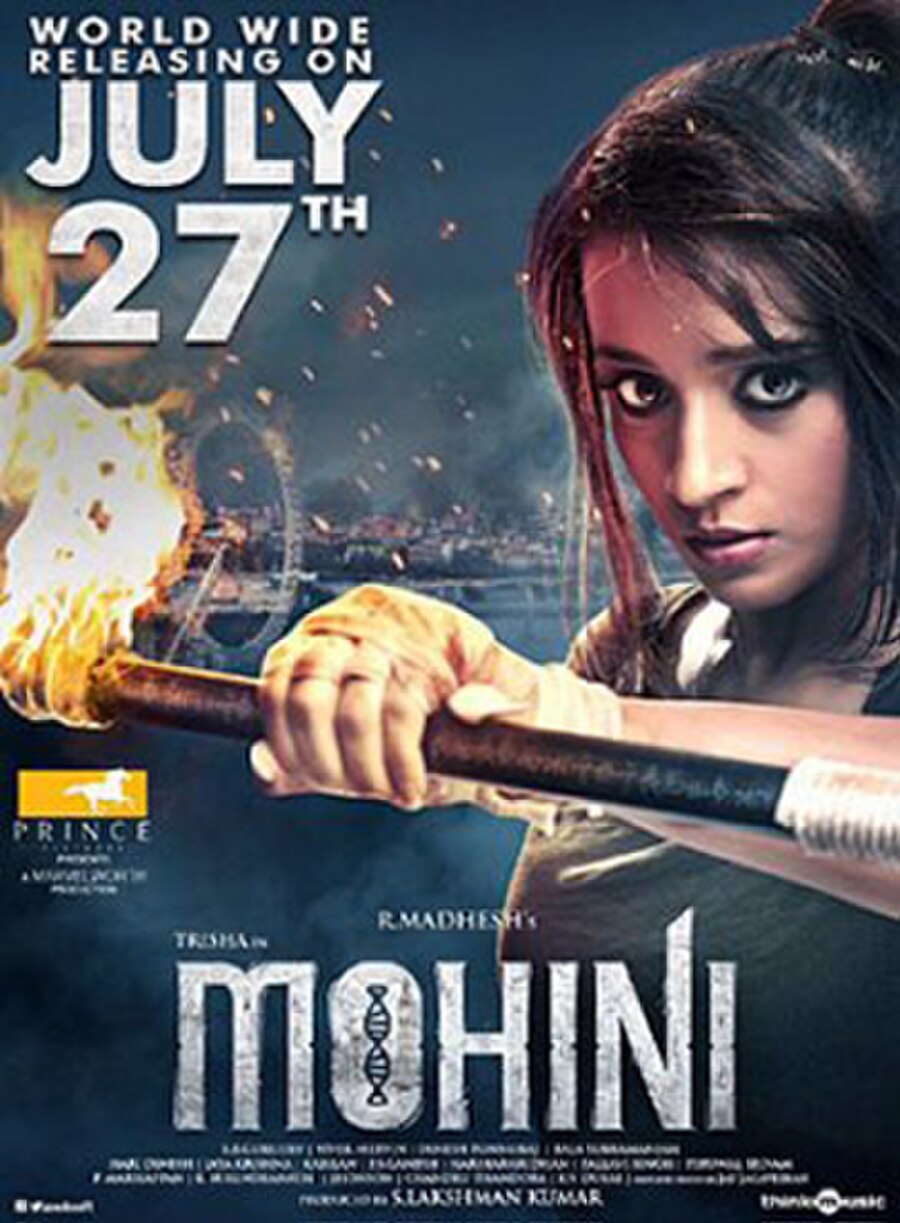 Mohini is a 2018 Indian Tamil-language supernatural horror comedy film written and directed by Ramana Madhesh, starring Trisha and Jackky Bhagnani in the lead roles. The film, which was predominantly shot across London, began production in June 2016. The movie was released on 27 July 2018. Upon release, the film received negative reviews and was a flop.

Vaishnavi (Trisha) is a very popular YouTube chef living in India. Her friend Ambujam's (Gayatri Rema) fiancé Cotton (Yogi Babu) is stuck in a situation that demands him to go to London to work as a chef, but he is unqualified. He asks Vaishnavi to accompany him to pose as an assistant and help him secure the job so that he can be financially stable. Vaishnavi agrees and travels to London with Cotton and a relative Balki (Swaminathan). They stay with their friends Ganesh (Ganeshkar) and his wife Madhu (Jangiri Madhumitha) and work as chefs a restaurant. Vaishnavi meets Sandeep (Jackky Bhagnani) there, and they fall in love.