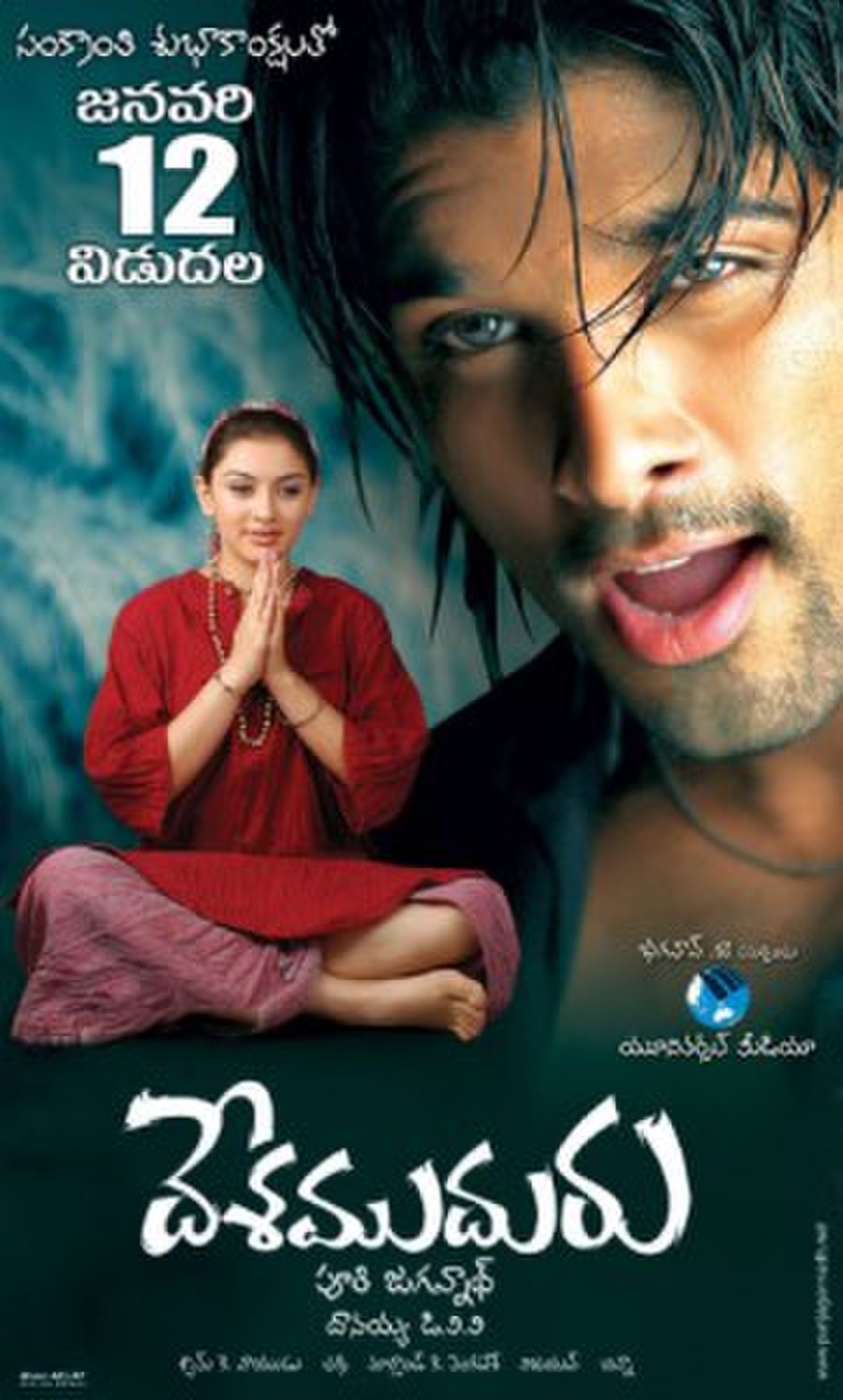 Desamuduru ( Smart boy) is a 2008 Indian Telugu-language action film directed by Puri Jagannadh and produced by DVV Danayya under the Universal Media banner. The film stars Allu Arjun and Hansika Motwani, while Pradeep Rawat and Ali play supporting roles. The movie was released on 12 January 2008 in 400 theatres. This movie is one of the biggest blockbusters and successful films in Allu Arjun's career. Rambha acted in an item number alongside him. It was dubbed into Malayalam and Tamil as Hero: The Real Hero, and Hindi as Ek Jwalamukhi.

Bala Govind (Allu Arjun) is a program director in MAA TV. His fights for justice regularly get him into trouble. During one of these incidents, he saves a person (Raja Ravindra) from goons while severely thrashing Murugan (Subbaraju), the son of the notorious smuggler Tambi Durai (Pradeep Rawat). Fearing retribution from Tambi Durai, the MAA TV crew sends Bala's team to Kullu Manali to shoot a travel episode. There, Bala sees Vaishali (Hansika Motwani), who is a sannyasin, and it is love at first sight for him. Vaishali, though initially apprehensive of Bala, falls for him. The head sannyasin of the ashram, Rama Prabha (Rama Prabha), unites the couple. However, before Bala is able to return to Hyderabad with Vaishali and marry her, Tambi Durai's henchmen kidnap her and take her to his home. The person who was saved by Bala reveals that Vaishali is the daughter of Narayan Patwari (Devan). In order to grab Patwari's property, Tambi Durai killed her parents, and his wife Andal (Telangana Shakuntala) performed the marriage of Vaishali with Murugan. However, Vaishali escapes and reaches Kulu Manali. Bala takes the help of Inspector Prasad (Ahuti Prasad) to save Vaishali from their clutches, and eventually succeeds in his attempt and marries her.