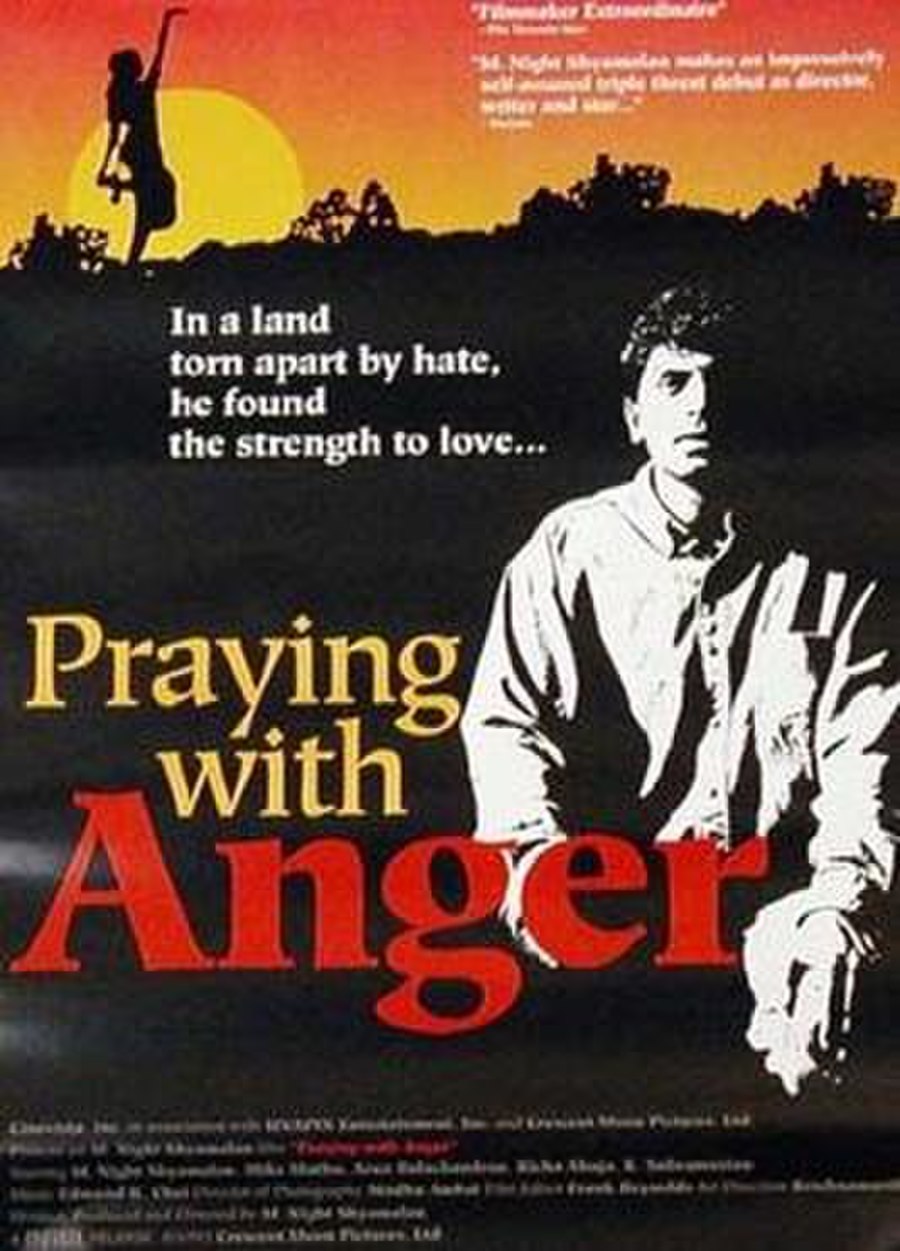 Praying with Anger is a 1992 Indian-American independent drama film, known for M. Night Shyamalan who made his directorial debut, produced, wrote and starred in the film. It is about a young Indian American's return to India. The film never received a wide release for mainstream distribution and has been shown primarily at film festivals. It explores the clash of Western values with those of the Indian subcontinent. Praying With Anger screened at the 1993 AFI Fest, where it won the “First Film Competition” for American independent filmmakers.

Indian American Dev Raman (M. Night Shyamalan), who was raised in the United States, returns to his native country to spend a year as part of a college exchange program. He is initially reluctant, but his mother insists and he respects her wishes. While there, he discovers that his cold and distant father, now deceased, carried a quiet and profound affection towards him. While he is in India, he receives guidance from his friend Sanjay (Mike Muthu). As the visit progresses, Dev ignores Sanjay's suggestions, and the interaction between Indian and Western cultures quickly precipitates into misunderstanding and violence.