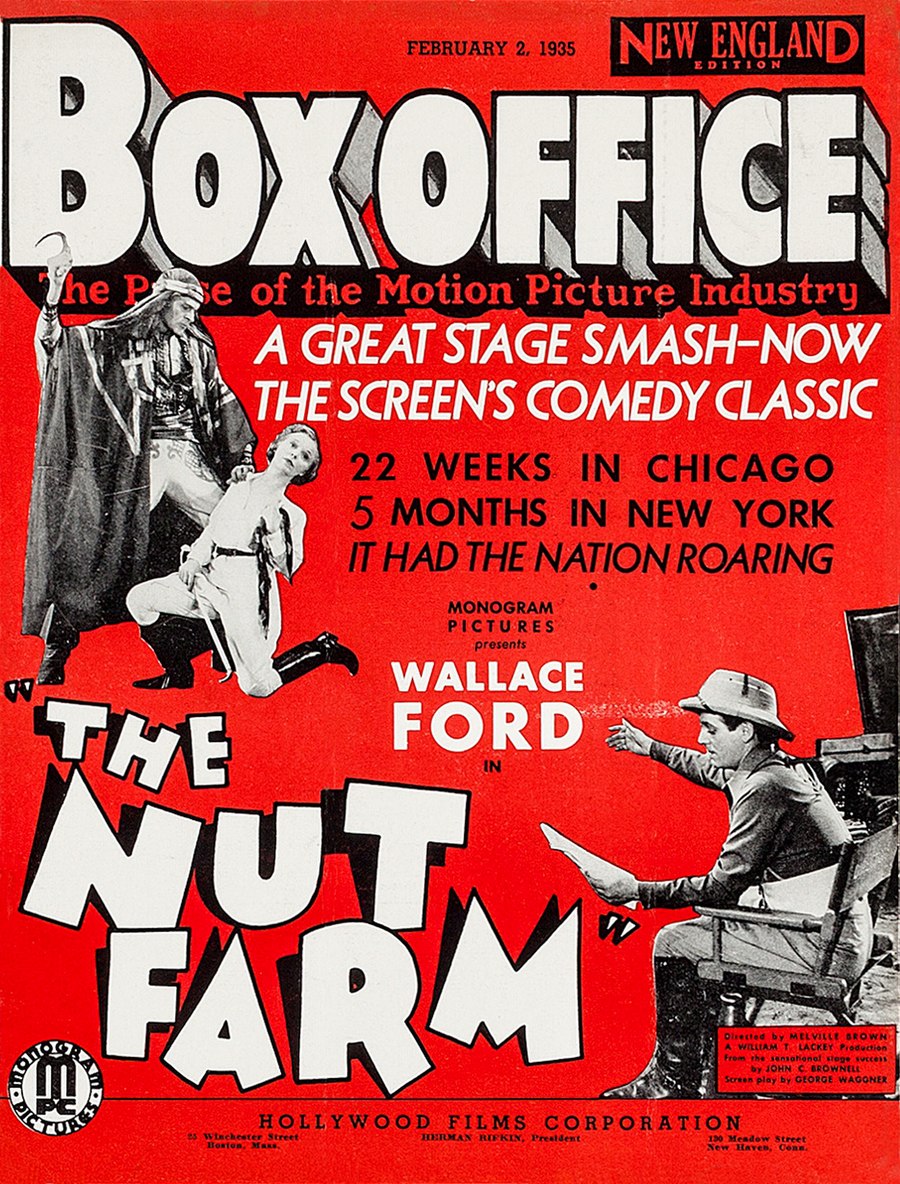 The Nut Farm is a 1935 American film directed by Melville W. Brown, adapted from the John Charles Brownell Broadway play of the same name, which ran for 40 performances from 14 Oct.-Nov. 1929 at the Biltmore Theater (now the Samuel J. Friedman Theatre). Wallace Ford is the titled star and the only cast-member common to the play and film. According to the New York Times film review, other than Ford, "There is not much else for it to boast about."

Bob (Oscar Apfel) and Helen (Betty Alden) decide to move to California and make a fresh start. Bob wants to buy a nut farm, but Helen and her brother Willie Barton (Wallace Ford) dream of being in the movies: Helen as a star, Willie as a director. Film-producing con-artists descend on the family, and comedy ensues.