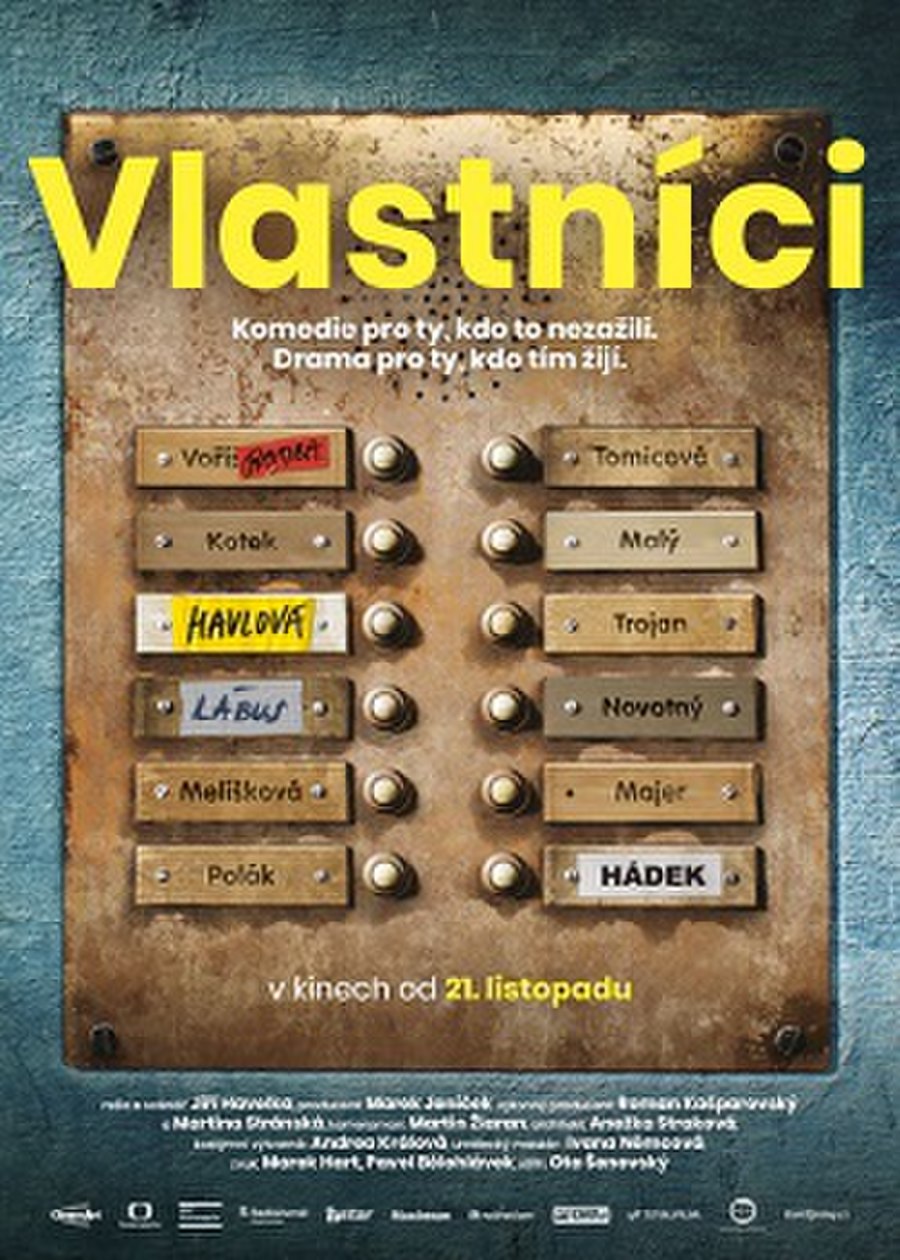 Owners is a 2019 Czech comedy film directed by Jiří Havelka, which he made according to his own screenplay. The story is based on the play The Society of Owners (Condominium), which Havelka also wrote and directed, and was presented by the theater company Vosto5. The performance won the Divadelní noviny award in the category of alternative theater.

Tenants of an apartment building meet at a regular house meeting to resolve the necessary sale of attic space to deal with the emergency state of the house. But the seemingly simple vote is complicated by the fact that everyone has their own ideas and agenda.