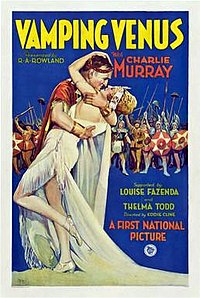 A present-day stereotypically-Irish American politician ('Charlie Murray') is vaulted into ancient Greece after receiving a bump on the head.