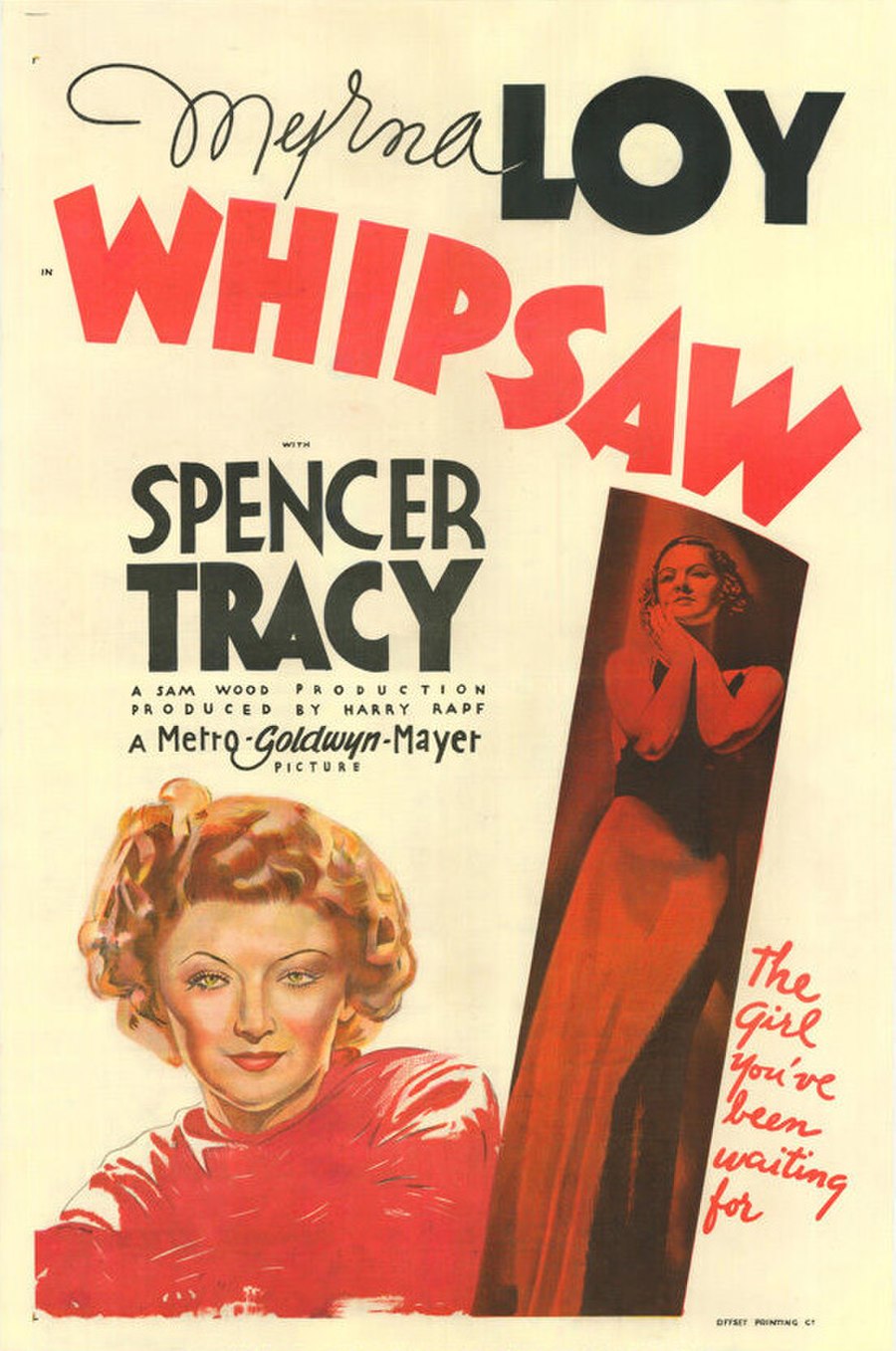 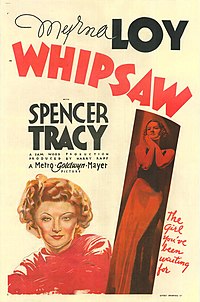 Whipsaw is a 1935 American crime drama film directed by Sam Wood and starring Myrna Loy and Spencer Tracy. Written by Howard Emmett Rogers, based on a story by James Edward Grant, the film is about a government agent working undercover traveling across the country with an unsuspecting woman, hoping she will lead him to her gang of jewel thieves. The film was produced by Harry Rapf for Metro-Goldwyn-Mayer, and was released on December 18, 1935, in the United States.

Thieves Ed Dexter and Harry Ames are trying to steal some valuable pearls. When Ed discovers another gang, led by "Doc" Evans, has the same idea, he tips off the police to get rid of the competition. Then Ed and Harry get what they were after. When the authorities connect Vivian to the robbery (she had worked with Ed and Harry in the past, but not on this theft), government agent Ross McBride is assigned to get Vivian to lead him to her partners by pretending to be a crook named Danny Ackerman. However, Vivian quickly realizes Ross is a plant. Nonetheless, she plays along, as the other bunch of crooks is following her. Meanwhile, Ed has hidden the pearls in the handle of Vivian's hand mirror without her knowledge.