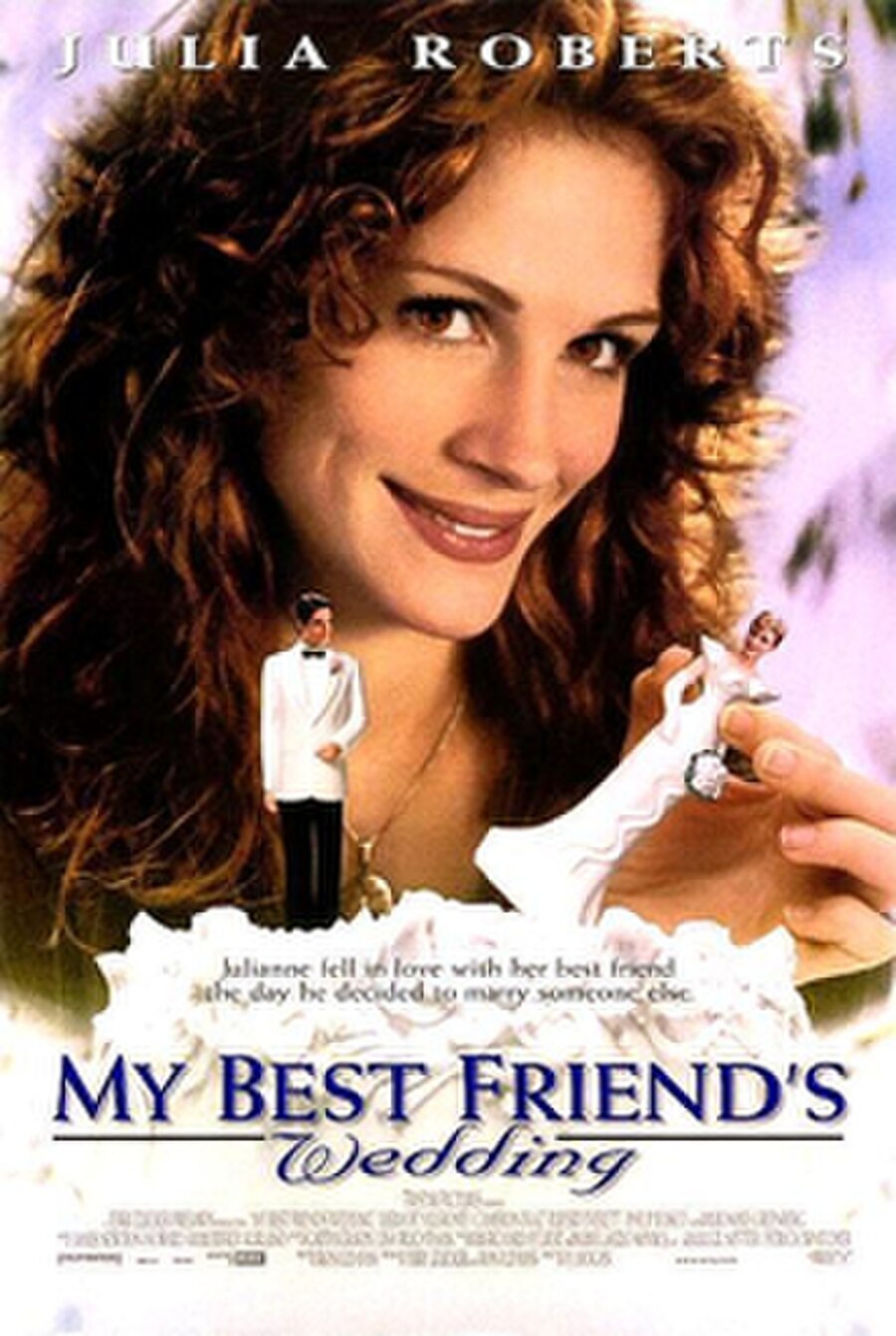 Three weeks before her 28th birthday, New York City food critic Julianne “Jules” Potter receives a call from her lifelong friend Michael O'Neal, a Chicago sportswriter. Years ago, the two agreed that if unmarried by 28, they would marry each other. Michael tells her that in four days, he will marry Kimmy Wallace, a college student whose father owns the Chicago White Sox. Realizing she is in love with Michael, Jules resolves to sabotage his wedding. Arriving in Chicago, she reunites with Michael and meets Kimmy, who asks her to be the maid of honor. Jules schemes to break up the couple, but her attempt to humiliate Kimmy at a karaoke bar backfires. She manipulates Kimmy into asking her father to offer Michael a job, which Jules knows will anger Michael, but this fails as well.