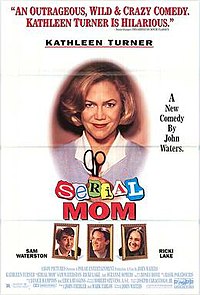 Beverly Sutphin appears to be a typical suburban housewife living with her dentist husband, Eugene, and their teenage children, Misty and Chip, in the suburbs of Baltimore. However, she is secretly a serial killer, murdering people over the most trivial of perceived slights, including mere faux pas.