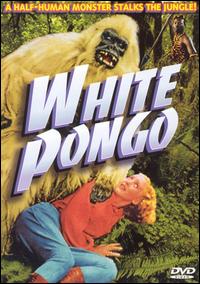 In the jungles of the Belgian Congo, a group of natives are dancing around a great fire with a human sacrifice named Gunderson, They are attacked by an albino gorilla called the White Pongo. During the attack an elderly scientist who lives with the tribe frees Gunderson and gives him his deceased colleague's diary that contains his findings on the white gorilla.