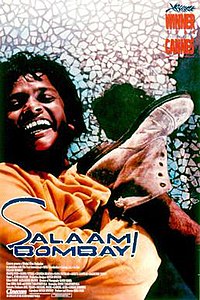 Before the start of the film, Krishna has set fire to his bullying elder brother's motor-bike. This has landed him in big trouble with his mother. She has taken him to the nearby Apollo Circus and told him that he can only come home when he earns 500 rupees to pay for the damaged bike. Krishna agrees and works for the circus.