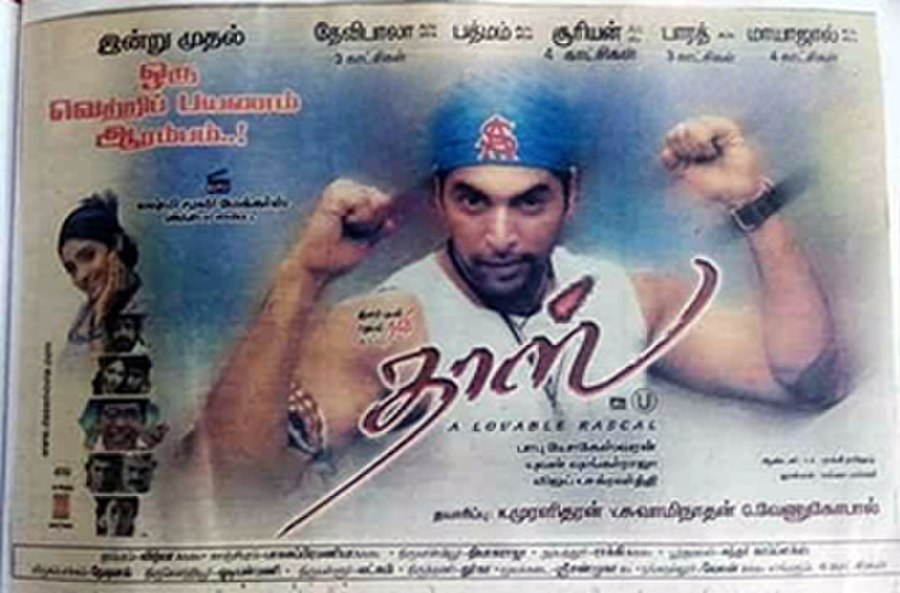 Daas is a 2005 Tamil-language romantic action film written and directed by newcomer Babu Yogeswaran. The film stars Jayam Ravi and Renuka Menon in lead and Vadivelu, Adithya Menon, Shanmugarajan, Monica, Abhinay, and Salim Ghouse, among others, in supporting roles. The film's score and soundtrack are composed by Yuvan Shankar Raja. The film released on 29 July 2005 and had an average run at the box office.

The film begins in a small village in Tirunelveli district where a few upper-caste men hold a chariot festival. Antony Daas (Jayam Ravi), along with his friends, pulls the chariot into their slum. The friends naturally incur the wrath of a local leader named Annachi (Shanmugarajan). Meanwhile, his daughter Rajeshwari (Renuka Menon) falls in love with Daas. Her sister Punitha (Monica) elopes to marry a lower-caste boy named Guna (Abhinay), who is a classmate of Daas. Coming to know about this, Annachi sends his men to bump off Punitha and Guna. He eventually sets them ablaze in front of Daas. An angry Rajeshwari, in order to teach her father a lesson, elopes with Daas and vows to get married. The couple then seeks refuge in Nasser's (Krishna) house in Madurai. He promises to get them married. However, coming to know about their hideout, Annachi's men reach Madurai to foil their plans. Nasser's father Vappa (Salim Ghouse) promises to get them united. Enters Nasser's brother Anwar (Adithya Menon), who plans to let loose terror in the Madurai town in the name of Jehad. How Daas emerges triumphant from all the troubles and marries Rajeshwari forms the rest of the story.