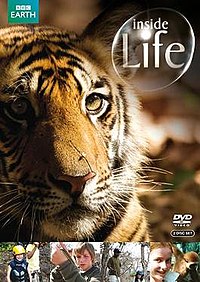 Inside Life is a BBC nature documentary series for children's television which aired on the CBBC Channel in autumn 2009. It is a companion to the BBC Natural History Unit's series, Life, which looks at the extraordinary lengths to which animals and plants go in order to survive and reproduce. The aim of Inside Life is to present this information in a way that is simple for children to understand. Each of the ten Inside Life programmes follows a lucky child as they accompany the Life filmmakers on expeditions around the world with the aim of capturing groundbreaking wildlife footage. The series is aimed at 7-9 year olds.