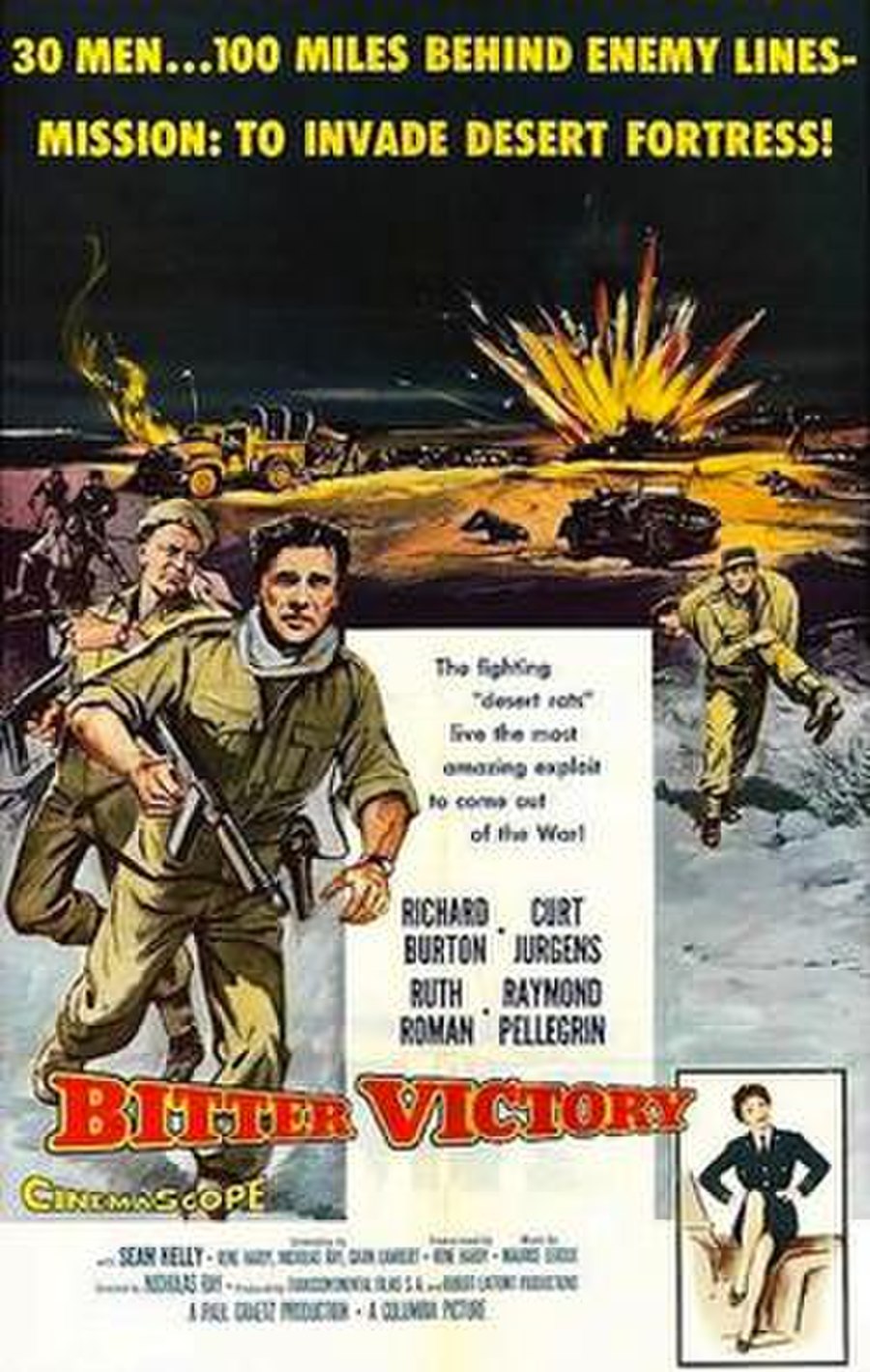 Bitter Victory (French title Amère victoire) is a 1957 Franco-American international co-production film, shot in CinemaScope and directed by Nicholas Ray. Set in World War II, it stars Richard Burton and Curt Jürgens as two British Army officers sent out on a commando raid in North Africa. Ruth Roman plays the former lover of one and the wife of the other. It is based on the novel of the same name by René Hardy.

During the Western Desert Campaign of World War II, two Allied officers in Egypt are interviewed to lead a dangerous commando mission far behind enemy lines in Benghazi. Major David Brand, a South African, is a regular army officer but lacks experience of combat and of commanding men in the field. He does not speak Arabic and has only a limited knowledge of the area in Libya in which the patrol is to operate. Captain Jimmy Leith, a Welshman, is the opposite; an amateur volunteer with extensive knowledge of the area who knows a local guide and speaks fluent Arabic as well. It is decided that both officers will go, with Major Brand in command. The men see Brand as a disciplinarian - "the only thing he's slept with is the rule book".