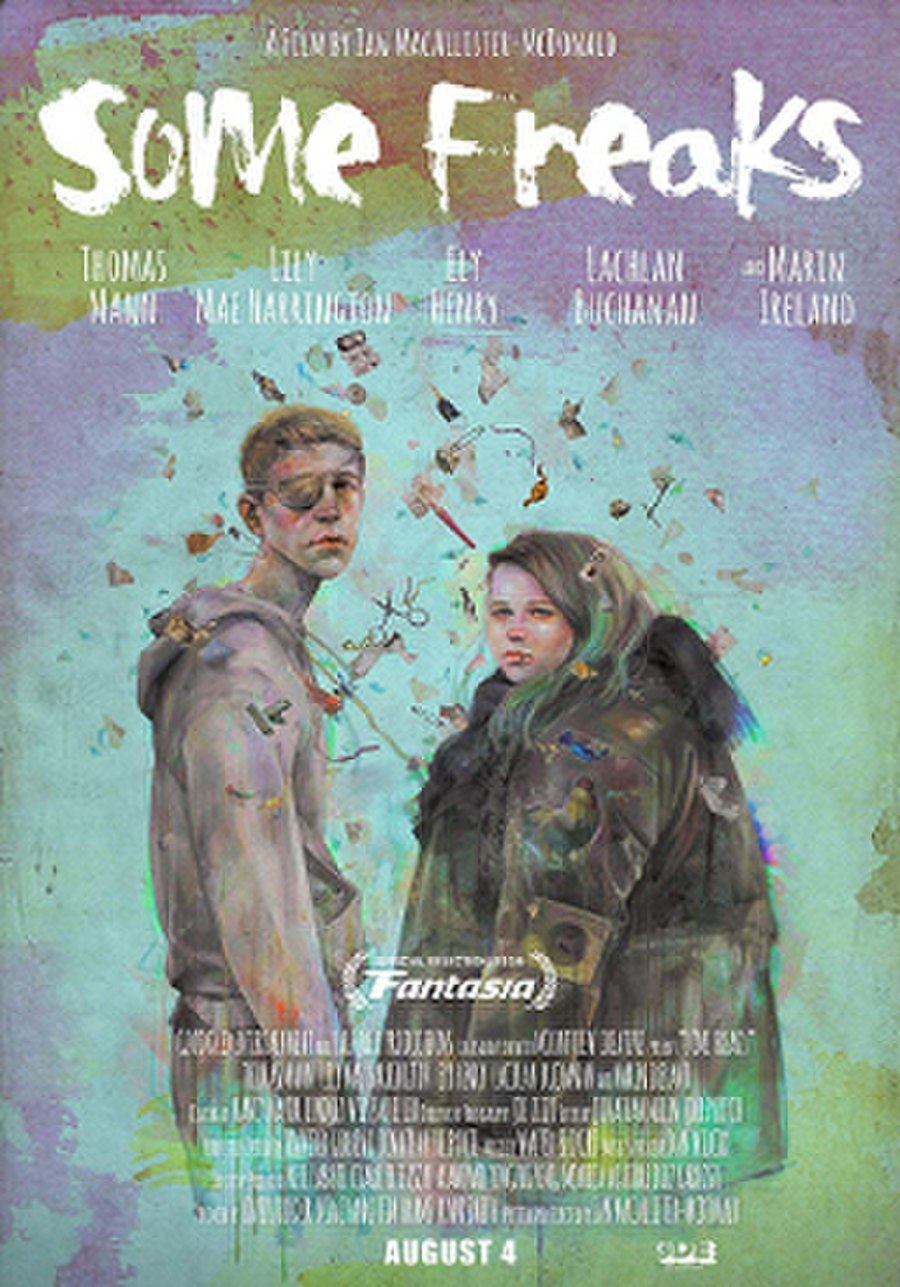 Some Freaks is a 2016 American film written and directed by Ian MacAllister-McDonald and starring Thomas Mann, Marin Ireland, and Lily Mae Harrington. A romantic drama, it follows the romance between Matt, a one-eyed high school teenager falling in love with an overweight classmate, Jill.

Three oddball friends attend Benjamin Franklin High School in Rhode Island. Jill is punk and overweight at 250 pounds, Matt comes from a poor background and only has one eye, wearing a skin-colored eyepatch, and Elmo, who is short and unattractive, is gay. When Matt and Jill begin to date and explore their teen sexuality, Elmo feels even more isolated. After graduation, Jill goes off to California and secretly loses 50 pounds over the course of six months. Matt is a dishwasher in a hometown restaurant and uses his wages to buy a prosthetic eye. Elmo is still in the closet and secretly admires Justin, a basketball player from high school that he had a crush on, who goes to his college.