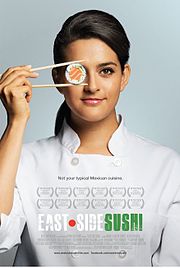 Juana is a single Mexican-American mother who lives with her young daughter and widowed father in East Oakland, California. She tries a string of jobs ranging from tending her father's fruit cart to working at Mexican taquerias, and she can slice and dice with speed and precision.