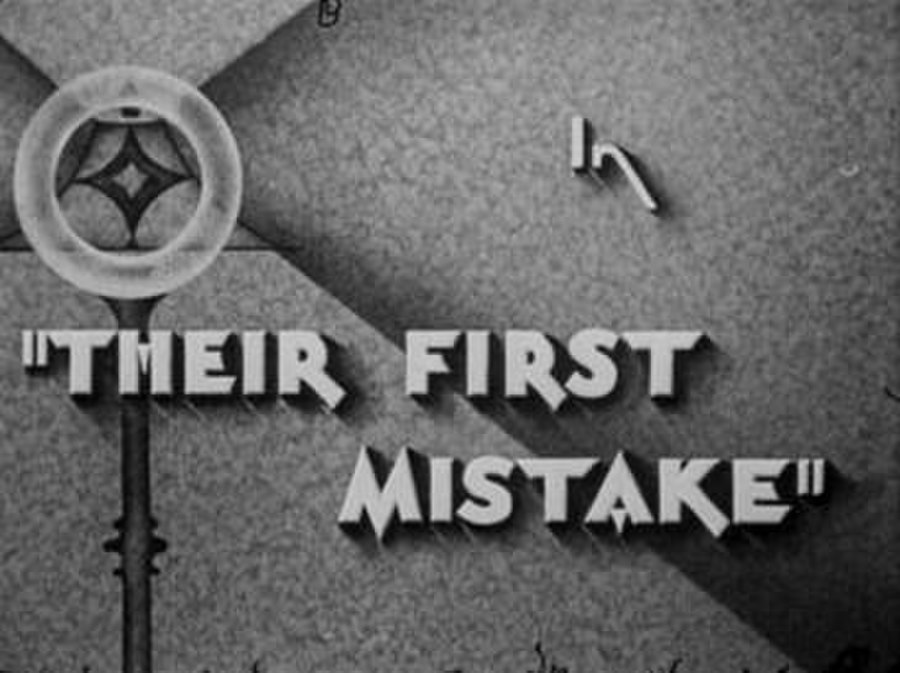 Their First Mistake is a 1932 American pre-Code comedy short starring Laurel and Hardy. Directed by George Marshall, the film was produced by Hal Roach and distributed by Metro-Goldwyn-Mayer.

Mrs. Hardy is annoyed that her husband Oliver seems to spend more time with his friend Stanley than with her. After a furious argument, Mrs. Hardy says that she will leave him if Ollie goes out with Stan again. Stan suggests that Ollie adopts a baby, which he does. Unfortunately, his wife has left their apartment on returning, and a process server delivers a paper informing Ollie that she is suing him for divorce, naming Stan as co-respondent. The boys are now left to look after the infant on their own.