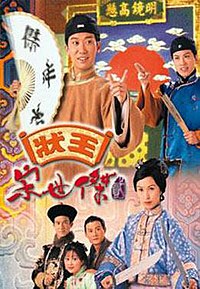 Justice Sung II (狀王宋世傑(貳)) is a Hong Kong television series. It was first run on TVB in 1999.

The story picks up from what was left off in the first installment. Sung Sai Kit (宋世傑) along with his wife, Lin Lung (白玲瓏), and his family, which now includes his son, are trying to elude the Qing officials because he had offended the King's mother and she wants him dead. Seven years later, the Sung family is residing in a northern cold region called San Tong. Sung Sai Kit opens a medicine shop with the help of his wife, who knows medicine and martial arts well.