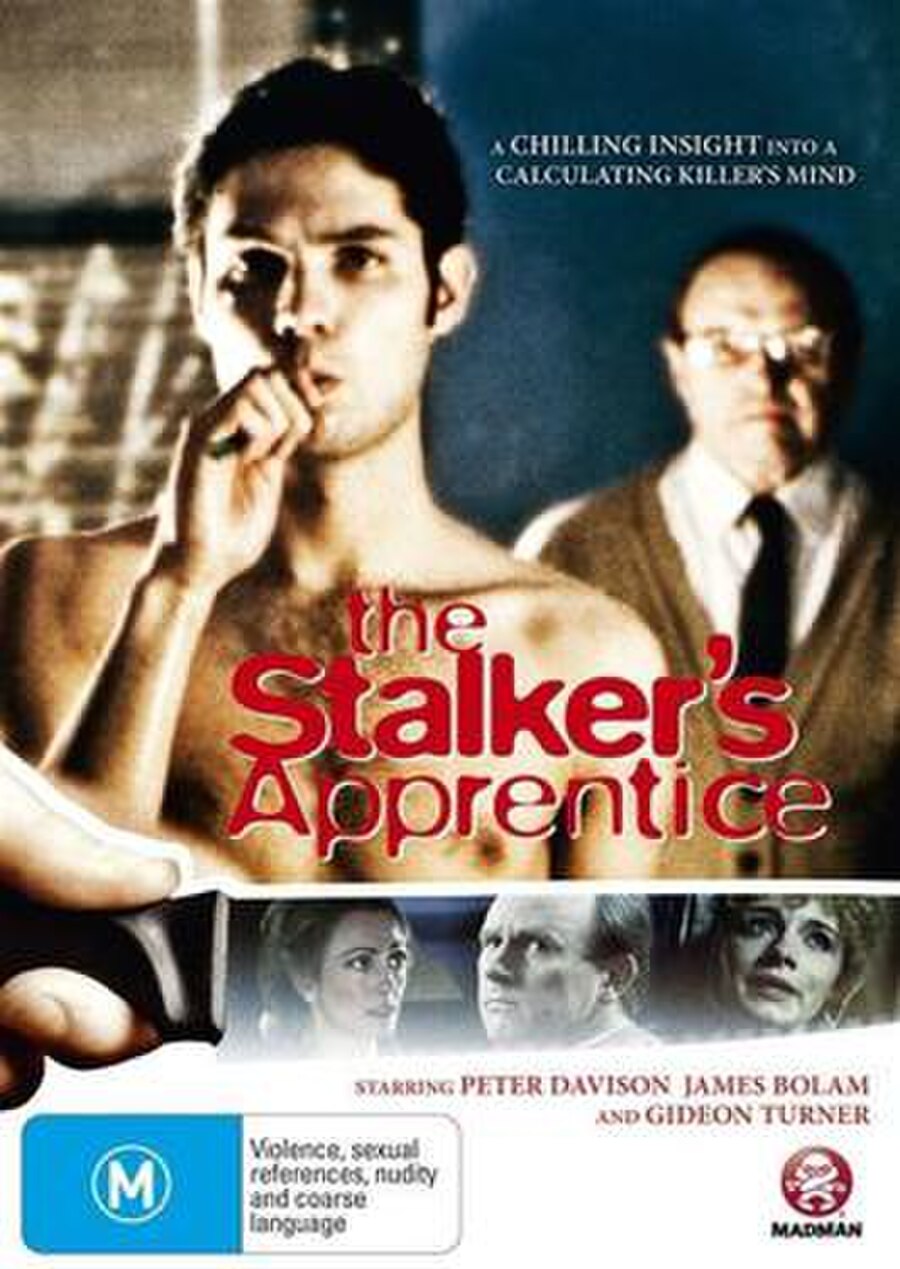 The Stalker's Apprentice is a single British television crime drama film, based on the novel by author M.S. Power, that was first broadcast on ITV on 25 May 1998. The film stars Gideon Turner as Marcus Walwyn, a book editor who is driven to murder after reading a draft novel composed by Helmut Kranze (James Bolam), a former serial killer recently released from prison who is writing under a pseudonym. The film follows Walwyn as he embarks on a series of murders relating to Karen Scott (Natalie Walter), a young woman that he meets on the train to work, and the subsequent police investigation by D.I. Maurice Birt (Peter Davison), commander of the local police force.

Marcus Walwyn (Gideon Turner) is a reader at a publishing firm. He reads a manuscript entitled ‘Death in Santiago’ by Helmut Kranze (James Bolam), which gives detailed accounts of how to stalk victims and commit perfect murders. At the same time, Marcus becomes fixated on waitress Karen Scott (Natalie Walters) after he encounters her on the subway. He stalks and gathers information about her, while befriending her at the café where she works. However, Karen's friend Sharon (Vanessa Hadaway) gets in the way and Marcus learns that Karen has a boyfriend, Darren (Guy Leverton). He then contrives to kill both Sharon and Darren, using the advice in Kranze's book. Upon both occasions, he carves an asterisk into the victim's forehead as his signature. Police inspector Maurice Birt (Peter Davison) investigates. Clues all point to the killer being Marcus but they are unable to find any direct evidence that ties him. At the same time, Marcus discovers that in reality Kranze is convicted murderer Herbert Zanker and that the crimes in the book are ones that Zanker is boasting about having conducted himself.