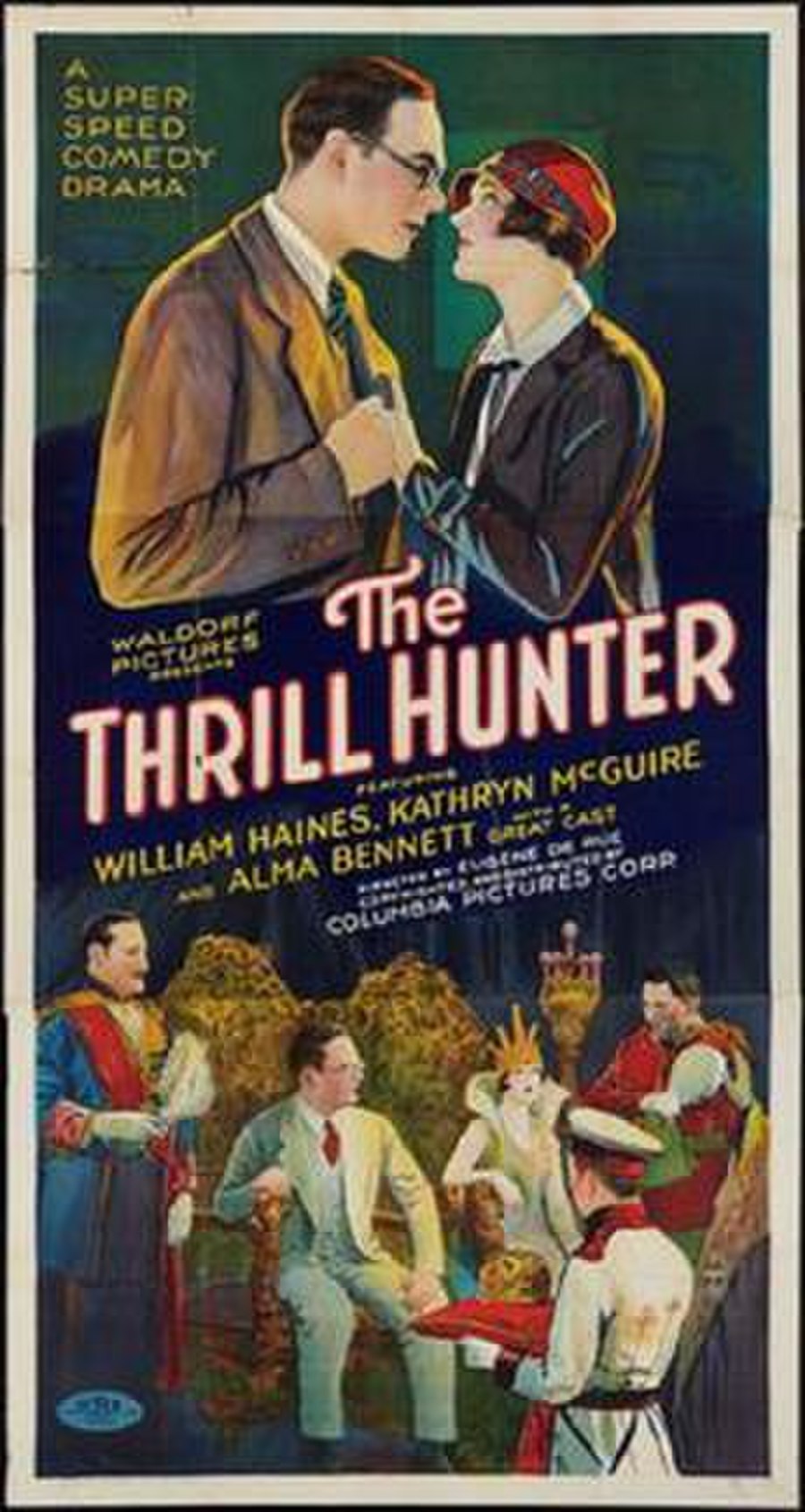 The Thrill Hunter is a 1926 American silent comedy adventure film directed by Eugene De Rue and starring William Haines, Kathryn McGuire and Alma Bennett. An American is mistaken for the ruler of a small European principality, and forced to marry. He manages to escape, and publishes an account of his adventures.