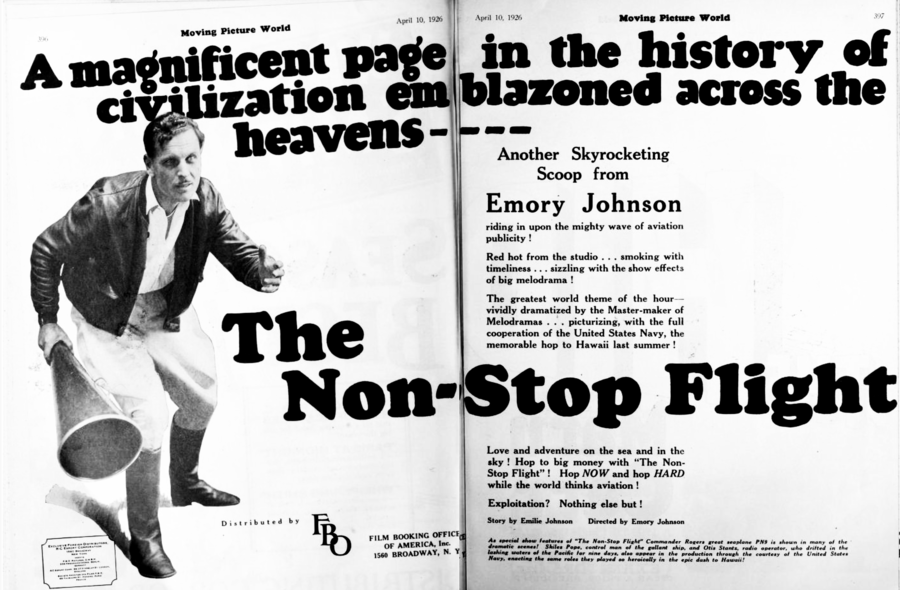 The Non-Stop Flight is a 1926 American silent Melodrama film directed by Emory Johnson and featured an "All-Star" cast, including Knute Erickson and Marcella Daly. Emilie Johnson, Emory's mother, wrote both the story and the screenplay.

In Spring 1906, Captain Lars Larson and his wife, Anna, live in a modest cottage nestled in the harbor town of Laholm set on the western edge of Sweden. Anna is expecting their first child. Lars is packing his seabag for his upcoming sea journey. After Lars finishes packing, they leave the house hand-in-hand and walk to the pier. After exchanging goodbyes, Lars remembers a gift he bought for Anna. He gives her a necklace with a cross attached and "Lars" engraved on the crossbeam. He kisses her, then departs. We see a man to the side following the loving exchanges with visible disdain.