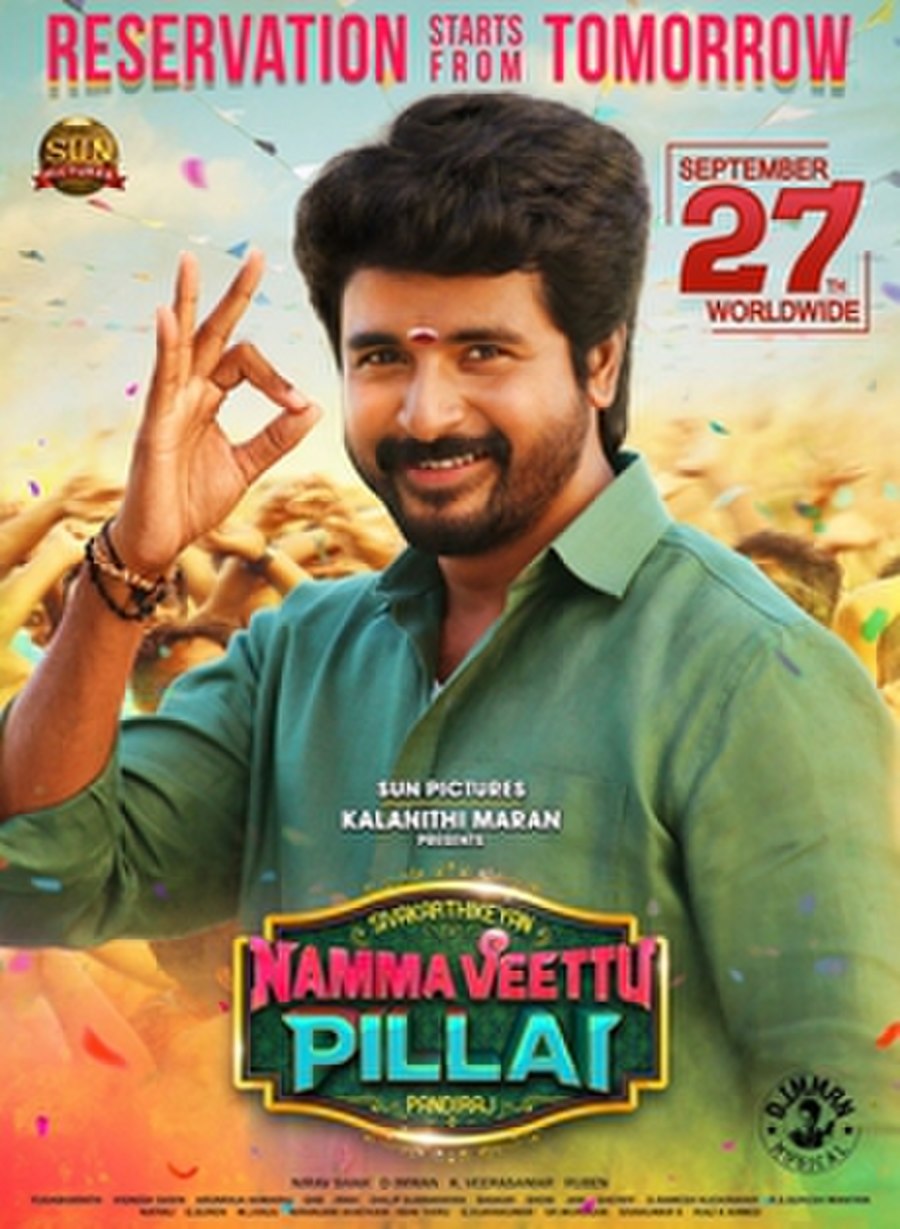 Namma Veetu Pillai ( Our Home Boy) is an upcoming Indian Tamil-language action comedy film written and directed by Pandiraj and produced by Kalanithi Maran for, his studio Sun Pictures. The film stars Sivakarthikeyan, Anu Emmanuel and Aishwarya Rajesh, with a supporting cast of Samuthirakani, Yogi Babu and Soori. The movie marks the third collaboration between Pandiraj and Sivakarthikeyan after Marina and Kedi Billa Killadi Ranga. The music for the film is scored by D. Imman, while cinematography and editing is handled by Nirav Shah and Ruben respectively.