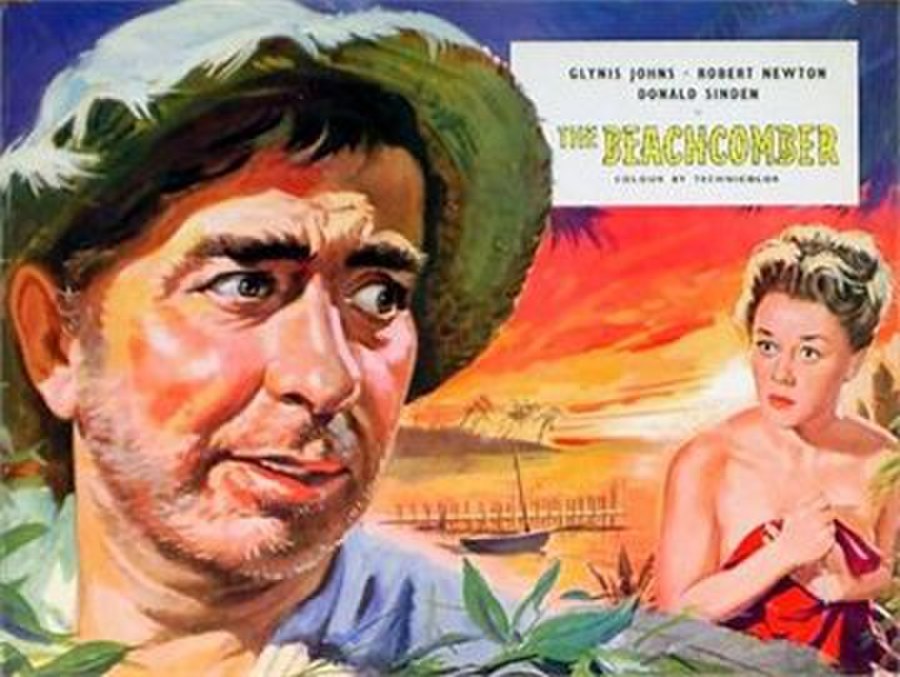 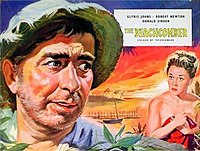 The Beachcomber is a 1954 British comedy-drama film directed by Muriel Box starring Donald Sinden, Glynis Johns, Robert Newton, Paul Rogers, Donald Pleasence and Michael Hordern. The film is based on the 1931 short story "The Vessel of Wrath" by W. Somerset Maugham and was adapted by Sydney Box. It was the second screen adaptation of the book following the 1938 film Vessel of Wrath. The film was shot in Ceylon (now Sri Lanka).

The new British Resident of the Welcome Islands, Ewart Gray (Donald Sinden), arrives in full uniform by ship, anticipating the excitement of a posting in the tropical Indian Ocean. He is informed that the last Governor had shot himself from "loneliness", which dampens his spirits a little. On landing, he finds his quarters are not ready for him, and he is invited to stay by the local missionary Owen Jones (Paul Rogers) and his sister Martha (Glynis Johns). He soon finds their company, while friendly, a little overbearing, and returns to stay at his own residence despite it not being finished. That evening, he is visited by the only other European resident of the island, Edward Wilson (Robert Newton), known as the "Honourable Ted", who introduces himself and drinks a large amount of Gray's whisky. Despite having been warned that Ted was a scoundrel, Gray soon warms to him, finding him well-spoken and obviously educated.