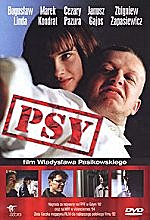 Poland in 1990, right after the fall of communism, former officers of the SB (Poland's communist secret police) are undergoing re-evaluation, in the process of which the country's new democratic leadership is trying to establish whether or not they can be incorporated into the new police service. Franciszek Maurer (Franz) is one of them. He has a notorious service record and is ruthless, but devoted to service - the only thing he cares about, since he became estranged from his wife and son. Eventually he is taken over by the new police force, while one of his best friends, Olgierd Żwirski (Olo), is not. Facing unemployment, Olo joins a newly formed criminal gang, consisting mainly of ex-SB agents, which operates in international narcotics trade. Franz and Olo, who try to co-operate despite the new circumstances, soon face each other as enemies. Moreover, Franz's relationship with Angela Wenz, a young girl he has befriended, becomes more and more complicated as the story continues, especially after Angela meets Olo.