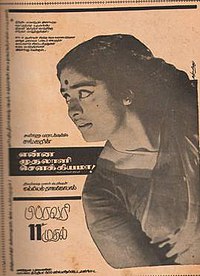 Enna Muthalali Sowkiyama is a 1972 Tamil-language film directed by Malliyam Rajagopal and produced by D. K. Sankar under Anna Productions. The film stars Gemini Ganesan and K. R. Vijaya in the lead roles.

Koteeswaram is a textile mill owner whose goondas murder Muthiah, secretary of the mill labour union, for demanding bonus and declaring a strike. Muthiah's daughter Jaya, a medical student, is in love with Koteeswaram's son without knowing his identity. Another worker is arrested for Muthiah's murder and his son Sethu and Jaya vow to find out the murderer of Muthiah. Koteeswaram is finally brought to book.