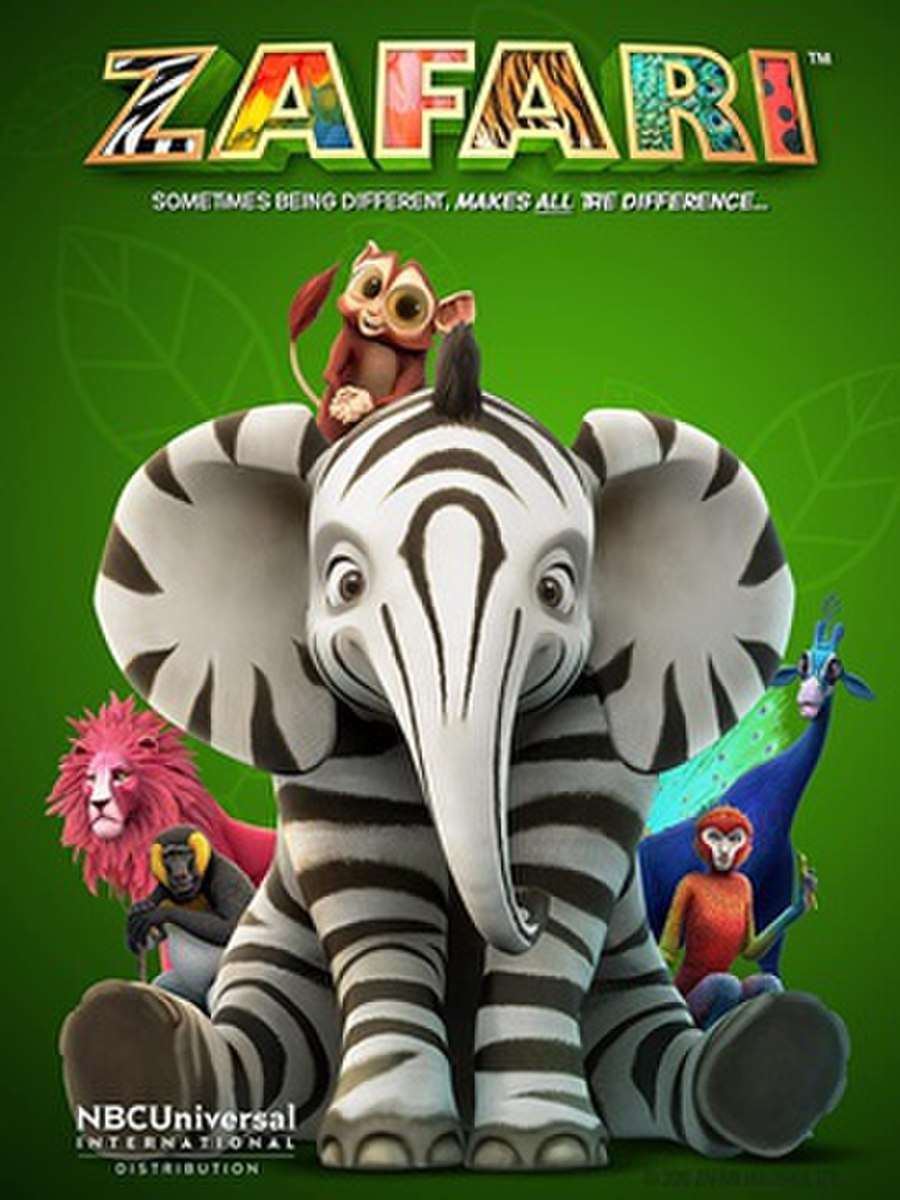 ZAFARI is an International computer-animated children's television series created by David Dozoretz. ZAFARI premiered in July 2018 on FranceTV, NatGeoKids in Latin America, Sony's TinyPOP network in the UK, and is being distributed worldwide by NBCUniversal/Dreamworks.. It is also airing on Amazon Prime Video worldwide and is a launch title on NBCUniversal's new streaming network Peacock

Every once in a while, Mother Nature creates animals that are born different. In ZAFARI, one of them, a young elephant magically born with zebra stripes, is shunned from his herd as they feel he’s bad luck.  And so he goes to live with other one-of-a-kind animals in a valley at the base of Mt. Kilimanjaro. There, zoomba learns he is perfect just the way he is... a lesson that he will eventually take back to his herd and the rest of the world.