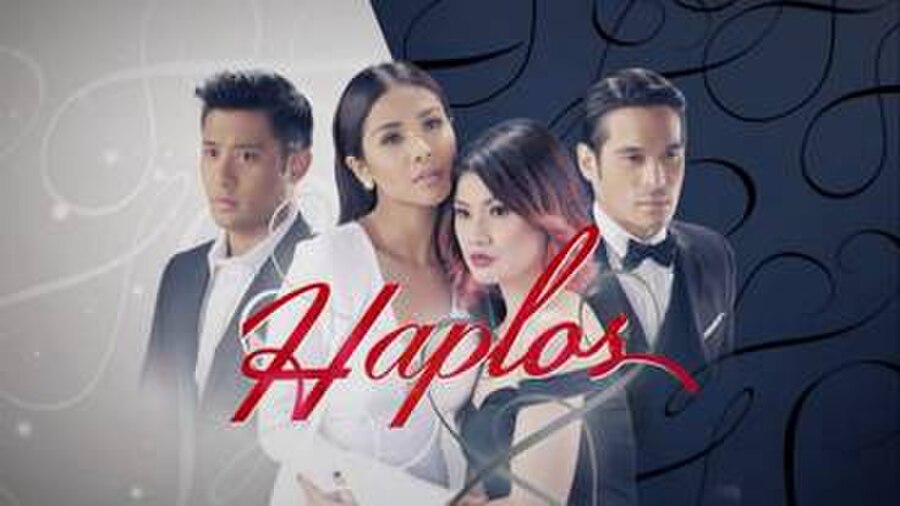 Haplos (International title: Angela / ) is a Philippine television drama supernatural series broadcast by GMA Network. Directed by Gil Tejada Jr., it stars Sanya Lopez, Thea Tolentino, Pancho Magno and Rocco Nacino. It premiered on July 10, 2017 on the network's Afternoon Prime line up replacing D' Originals. The series concluded on February 23, 2018 with a total of 164 episodes. It was replaced by Hindi Ko Kayang Iwan Ka in its timeslot.

Angela has an ability to heal others through her caress which she doesn't know yet. While her half-sister, Lucille has an ability in witchcraft. Angela's quiet life will be in trouble with the arrival of Lucille. Lucille will take everything away from Angela believing its for her.