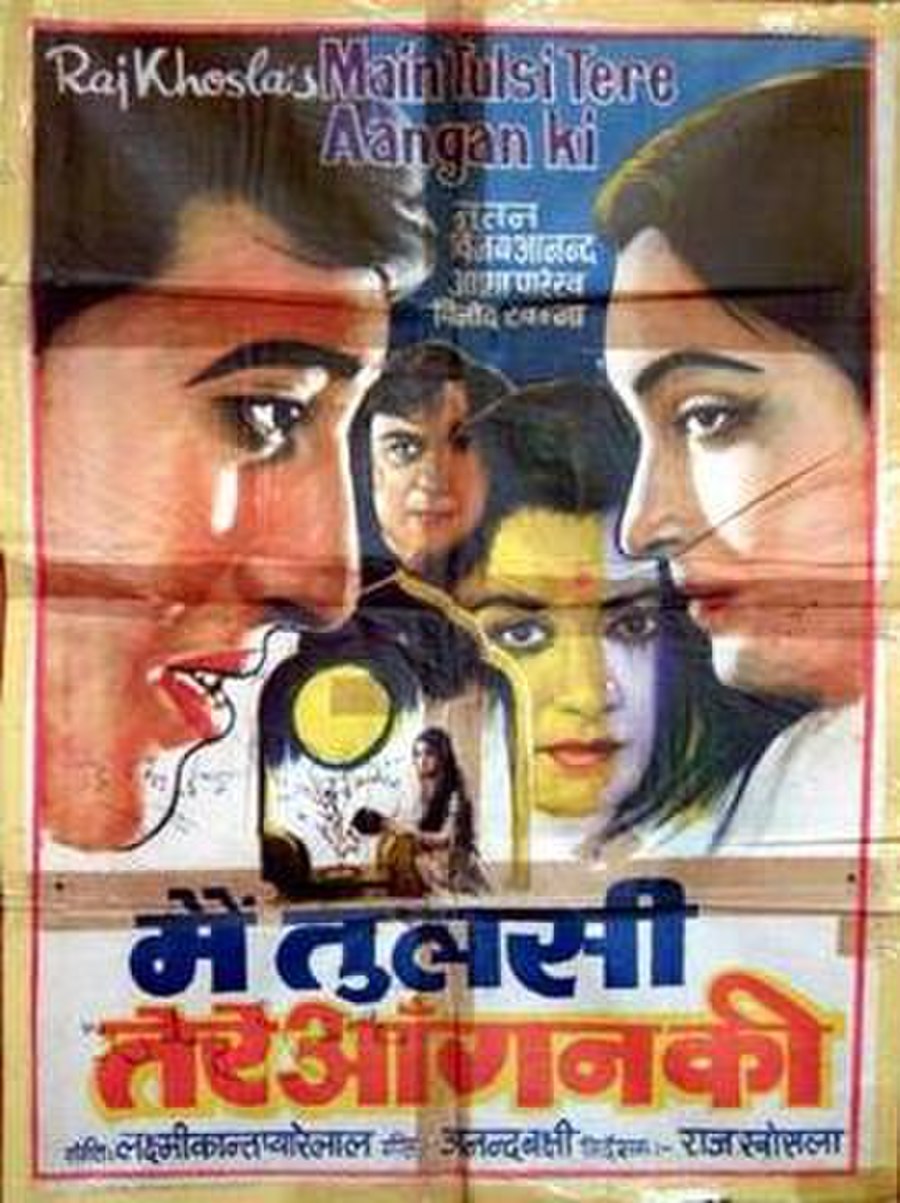 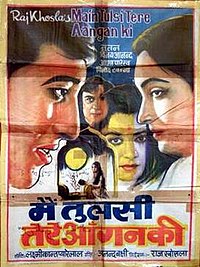 Main Tulsi Tere Aangan Ki is a 1978 Indian drama film directed by Raj Khosla and Sudesh Issar. It is based on a Marathi novel titled Ashi Tujhi Preet by Chandrakant Kakodkar.

Main Tulsi Tere Aangan Ki is about an aristocrat, Thakur Rajnath Singh Chouhan (Vijay Anand), who is in love with his mistress Tulsi (Asha Parekh) but forced to marry a strong aristocratic woman named Sanjukta (Nutan). Tulsi sacrifices her life, some time after giving birth to Rajnath's son Ajay, because she wants Sanjukta to have her husband all to herself. Rajnath and Sanjukta send Ajay to boarding school to prevent him from bearing the stigma of being an illegitimate child. Sanjukta and Rajnath have a son, Pratap. Rajnath dies in a horse-riding accident. Sanjukta makes regular visits to the boarding school to see Ajay and, when he grows up, she brings him home. Ajay meets Naini (Neeta Mehta) and fall's in love with her after a few misadventures. Sanjukta makes Ajay (Vinod Khanna) into not only a very important man but also shields him every time and finally confesses before the public that Ajay is her husband's first son and therefore, is entitled to respect. However, her own son Pratap (Deb Mukherjee) feels slighted and becomes wayward. Some people around them also try to further damage the relations between the two brothers. However, for every sin of the younger brother, Ajay protects him and takes the blame. Sanjukta, not knowing the actual situation, gets disturbed. Pratap seduces Geeta (Geeta Bhel)and gets her pregnant and blames Ajay vide her father Rana(Trilok Kapoor).At one stage, she blames Ajay for every wrong thing which actually has been done by her own son. Ajay leaves the house. But soon thereafter, the situation changes as Rana standing in support of Pratap feel deceived as he lets him down refusing to accept his daughter. In the climax, these men try to kill Pratap in a polo match, but Ajay, who comes to know of this plan, rescues his brother. Then, Pratap realizes his half-brother's kindness. He surrenders to Ajay and accepts him as the elder brother. The family reunites.