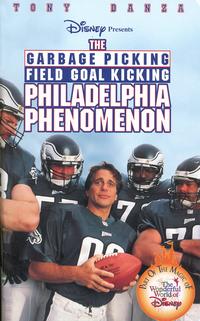 Barney Gorman (Tony Danza) works hard as a garbageman in Philadelphia, but his career indirectly embarrasses his family. Barney's frustration is made worse by being a fan of the Philadelphia Eagles, who are mired in a slump. Due to a sticky lever on his garbage truck, Barney has (without realizing it) developed a very strong kick. One day at the city dump, Barney kicks a water jug extremely far and catches the attention of a group of Eagles executives, who are scouting the location for land to build a new stadium. The Eagles coach offers Barney a job as the team's new kicker, which the owner feels is an excellent publicity stunt in "giving an average Joe a shot at the NFL".